Home>Politics & Policy>Cameroon's MRC says no to Biya dialogue until Kamto is released
By AT editor - 19 September 2019 at 3:38 am 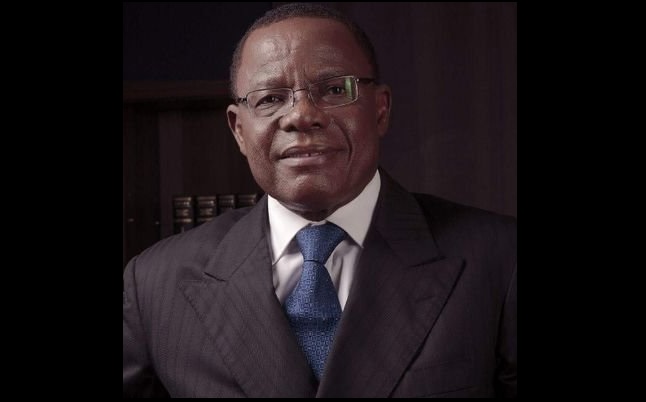 In Cameroon, the opposition Movement for the Renaissance of Cameroon (MRC) party says it will not participate in the much-touted national dialogue to end the country’s Anglophone crisis unless the government first releases its imprisoned leader, Maurice Kamto.

The MRC issued a statement Wednesday, warning that the dialogue proposed by President Paul Biya in a televised speech last week won’t include them without Kamto and his allied political leaders and MRC activists, among them people who, like Kamto, have been detained for seven months. They faced rebellion, incitement to insurrection and other serious charges, some of which carry the death penalty.

Further, the MRC said its president called for national dialogue as early as December 2016 during a meeting in Ngaoundéré, as the Anglophone crisis in Cameroon began to escalate and the first protesters were rounded up or killed. The MRC believed that dialogue alone was “likely to prevent the outbreak of a civil war,” the party said in its statement.

That wasn’t what happened in Cameroon, as a peaceful movement to address grievances in the English-speaking Northwest and Southwest regions – led by lawyers, teachers and doctors – was met with Biya’s iron fist and escalated in some areas into a full-blown armed secession.

Prime Minister Joseph Dion Ngute, who is set to lead the proposed dialogue, has said no plan for a separate Ambazonia state is on the table.

In addition to demanding the prisoner release, the MRC has a list of action items and concerns that includes Ngute’s role because, they say, his government and party affiliation cast doubt on his impartiality and will lead to an “unbalanced” dialogue.

“The direct involvement of the defense and security forces, on the one hand, and the armed groups, on the other hand, poses a particular problem,” the MRC added, noting that it sends a dangerous message for armed forces to engage in political processes.