Home>News>Liberia's Weah promises inquiry into deadly Muslim school fire
By AT editor - 19 September 2019 at 4:25 am 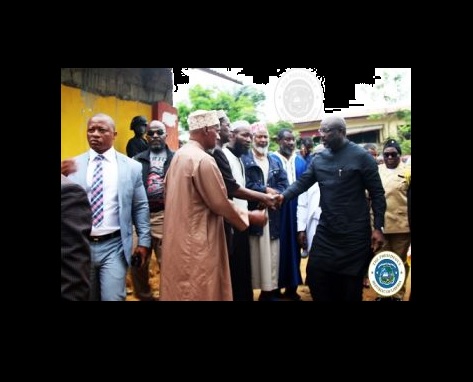 Liberia’s President George Weah has promised a thorough investigation into a fire disaster that left at least 28 people dead, including children who were “charred to death,” the presidency said in a statement.

Another four people were hospitalized in critical condition. The fire broke out in the early morning hours at a religious boarding school in Paynesville, not far from the Liberian capital of Monrovia, and quickly destroyed buildings where students were sleeping.

The blaze left many grieving and uncertain families. Weah, visiting with the victims and the affected communities, promised Liberia’s Muslims that the country will make sure to assist bereaved families and provide the resources necessary to ensure justice.

“I was touched by the terrible news and decided to rush here this morning to see for myself the families of the children and the community leadership to extend my sympathy,” Weah said. “It is saddening even when a single citizen dies; what much more about 28 children, potential leaders, who were aspiring for a better and prosperous future.”

Weah asked Muslims to keep the faith and turn to help other children grow up to become good citizens.  He also asked Liberians of all faiths to stand in solidarity with them.

The dead children, some of whom were quickly moved into funeral rites in keeping with Islamic practice, are to be buried together in a mass grave.