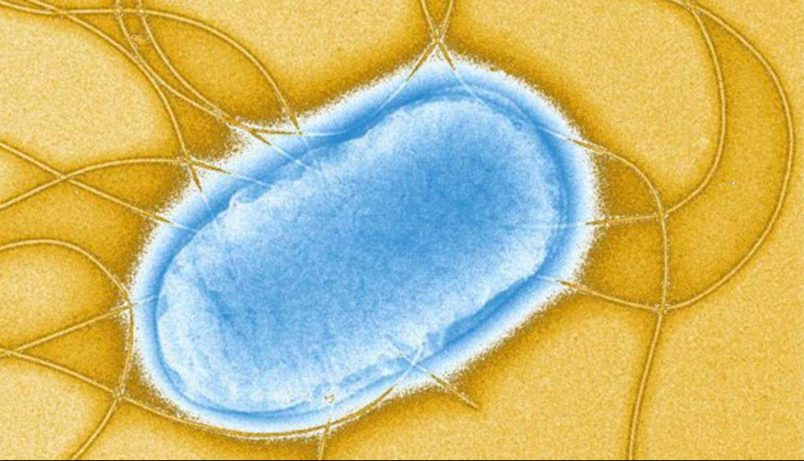 Many of us associate salmonella infections with food poisoning, but across sub-Saharan Africa there is a strain of the pathogen that often causes a blood infection known as iNTS infection.

The abbreviation stands for invasive non-typhoidal Salmonella, with iNTS commonly linked to the Salmonella Typhimurium strain. New research from the Democratic Republic of Congo finds it has become an extensively drug resistant strain over time.

That’s according to scientists from the Institute of Tropical Medicine (ITM) in Antwerp, the Institut National de Recherche Biomédicale (INRB) in the DR Congo, the Wellcome Sanger Institute, the University of Cambridge and other collaborators. Their work was published Thursday in the journal Nature Communications.

“These new strains are resistant to all but one of the commonly available drugs in the DRC, with one sample showing reduced susceptibility to this final antibiotic,” the researchers said. The samples were taken from patients in hospitals across the DR Congo.

Scientists have previously determined that iNTS infections in sub-Saharan Africa are dominated by a strain known as ST313, which is implicated in antibiotic resistance. What they’re also seeing is that these forms of salmonella are shifting away from causing the more benign GI infections and toward the dangerous, invasive bloodstream infections seen on the continent.

“The containment and treatment of iNTS infections in places like the DRC is complicated by limited access to healthcare, infrastructure challenges and weakened immunity, with children under five years of age particularly at risk,” the researchers noted.

You can learn more about the research from the Wellcome Sanger site linked here.