Home>Finance & Economics>Kenyatta makes his pitch for U.S. business investment
By AT editor - 25 September 2019 at 4:04 pm 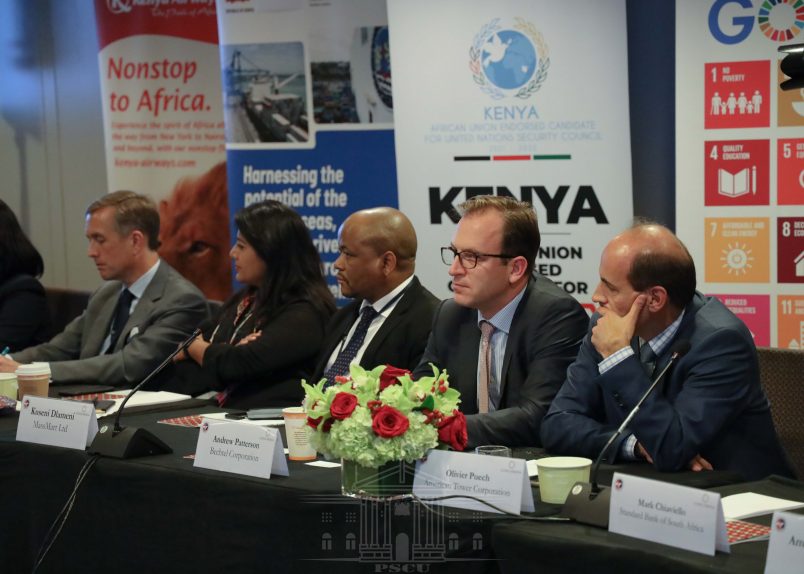 Kenya’s President Uhuru Kenyatta met with business leaders in the United States this week in a bid to attract more investment, particularly in manufacturing as his nation seeks to nearly double the sector’s share of GDP by 2022.

Kenyatta spoke at a private forum hosted by the U.S. Chamber of Commerce, which welcomed two dozen African heads of state to events held on the margins of the United Nations General Assembly in New York.

“The sector presents major opportunities for local and foreign investors in areas such as agro-processing, through value addition in key value chains such as textiles and leather, the maritime sector, construction, iron and steel, oil and gas,” Kenyatta said.

Kenyatta said there is an increase in U.S. firms doing business in his East African nation, but plenty of room for more.

Alongside manufacturing, it’s food and nutrition security, affordable housing, universal health care and other priorities that hold huge investment potential. They also include tech, tourism and the marine-based “blue economy.”