Home>News>French mourn Chirac as African leaders extend condolences
By AT editor - 27 September 2019 at 1:46 am 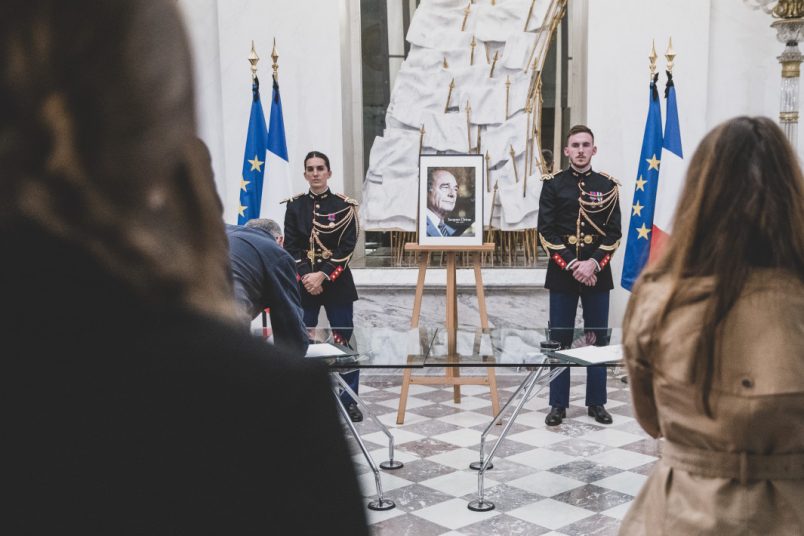 African leaders were quick to extend their condolences after hearing the news that former French president Jacques Chirac had died in Paris. Chirac, 86, had a history of illness.

President George Weah was among those who expressed his sorrow over the loss of Chirac, who considered himself a friend to the continent but whose record met with mixed reviews.

President Alassane Ouattara of Côte d’Ivoire called Chirac “a great friend” to his country and its first president, the late Félix Houphouët-Boigny.

Similar messages came from President Macky Sall of Senegal and Nigerian President Muhammadu Buhari, as well as from the vice president of Somaliland, Abdirahman Saylici.

“France and the whole world have lost a great statesman,” said Sall, sharing his sadness with President Emmanuel Macron and the nation.

Macron opened the Élysée to the public beginning Thursday night so, he said, “everyone can come and write their condolences and show their respect.” Many did just that throughout the day.

France plans a national day of mourning on Monday, with a ceremony to honor Chirac at noon.