Home>News>Prince Harry raises landmine awareness in Angola
By AT editor - 28 September 2019 at 12:50 am 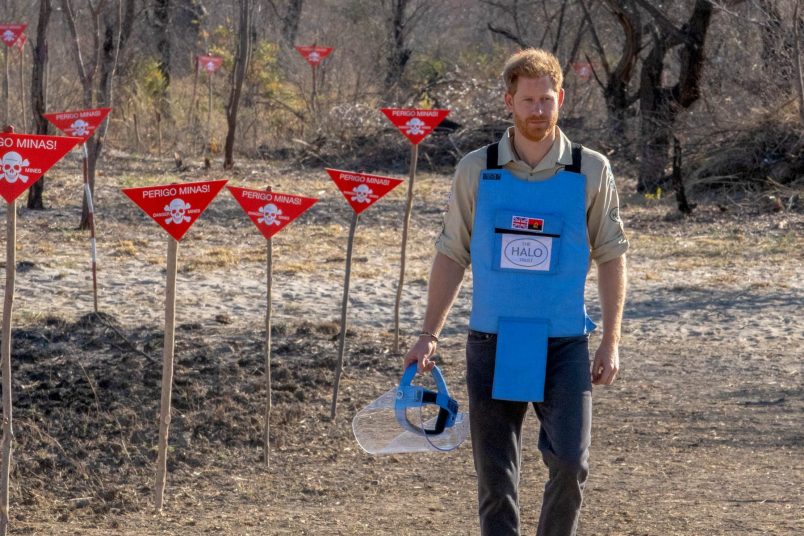 Britain’s Prince Harry visited the Luengue-Luiana National Park in Angola on Friday, part of a three-nation tour of southern Africa alongside his wife, Meghan, and their new baby.

Yet for all the attention the royal family attracted, the son of the late Princess Diana wanted to call attention to the scourge of landmines – one of her greatest priorities.

He later visited Huambo, to “see the place where my mother walked through a minefield in 1997,” he said, and retrace her steps through the same stretch of dangerous terrain. Once heavily mined, Huambo is now safe.

The royal visit came in partnership with HALO Trust, the anti-landmine organization based in the UK. In his speech, Prince Harry praised the Angolan government for committing US$60 million to clear some 153 minefields on land in two national parks in the southeastern part of the country.

“It is fitting that this project starts in Dirico – at the convergence of the two rivers that flow from Angola’s highlands down to the Okavango Delta,” he said.

“These two rivers provide water and life to over a million people downstream and an essential and incredibly delicate habitat for an abundance of wildlife. Just as these rivers extend for miles, so must this project extend far beyond Dirico. Outside the national parks, large parts of this crucial watershed also need to be cleared of landmines.”

The prince called landmines “an unhealed scar of war” and said their removal brings peace to communities whose people then find opportunity in that peace.