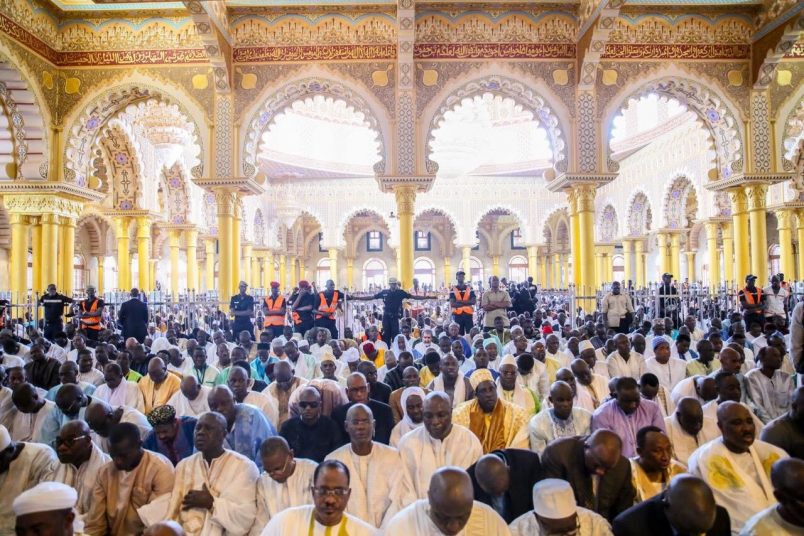 President Macky Sall was on hand Friday as a new mosque – billed as West Africa’s largest – opened in Dakar.

Sall attended the ceremony, his motorcade winding among massive throngs that gathered in the Grande Mosquée Massalikoul Djinane in the Bope section of the city, where Senegal’s Mouride Brotherhood built the ornate facility on a 14-acre tract donated by the government.

The new mosque accommodates up to 30,000 people, half of them inside the sprawling complex and the other half in an exterior courtyard. The mosque is believed to have cost US$32 million.

Sall was welcomed by Serigne Mountakha Bassirou Mbacké, the caliph who oversees the Mourides, a sect practicing the more mystical Sufi Islam with its home based in Touba, Senegal. Also attending was former Senegalese president Abdoulaye Wade.

The celebration was a moment of pride for Sall and the nation. “I salute the national fervor that marks this historic day,” the president said, praising the mosque as “an undeniable symbol” of the power of faith, and a victory for Islam and all Muslims.