Home>News>Scientists to investigate Cabo Verde whale deaths
By AT editor - 28 September 2019 at 2:29 am 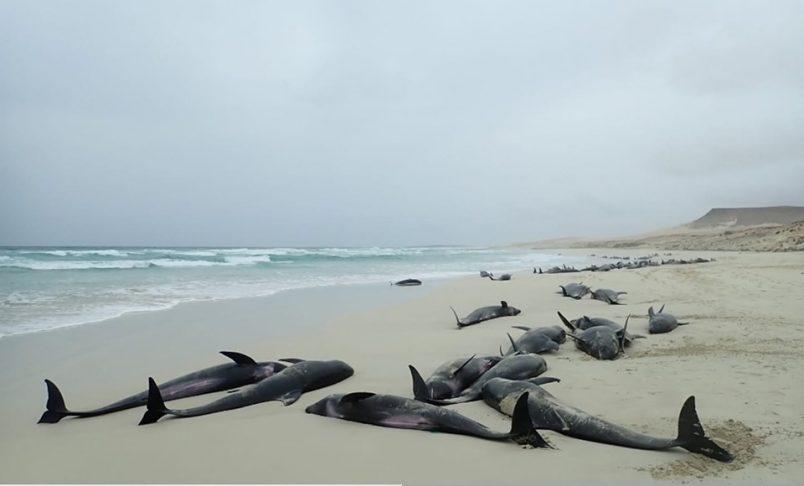 Authorities in the Cabo Verde islands are looking for clues as to why 163 whales washed up on a Boa Vista beach this week, launching a massive rescue effort that included everyone from police and fire professionals, to maritime and fisheries staff.

Volunteers from Norte and Bofareira, two nearby communities, also came to help, as did a number of tourism entities and environmental groups including BIOS.

“Unfortunately, upon being reintroduced in the sea, most of the animals were stranded again,” said BIOS in a statement. While they thanked everyone for helping, they also confirmed 136 deaths among the melon-headed whales, all of which had to be buried quickly for health and environmental reasons.

The whales, formally known as Peponocephala electra, are not listed as endangered by the International Union for Conservation of Nature (IUCN), according to the most recent assessment in February. Yet they face a number of threats, including overfishing, pollution exposure and habitat shifts linked to climate change. Invasive species and diseases also pose a concern.

It’s not clear why the whales beached and died. The BIOS experts took samples from 50 of the whales, including four that were frozen intact so they can be examined. BIOS said scientists from the University of Las Palmas de Gran Canaria will conduct research in the coming weeks to understand what happened to the whales.