Home>Politics & Policy>Africa must follow Senegal’s lead and ensure rural communities are not forgotten
By AT editor - 30 September 2019 at 10:32 am 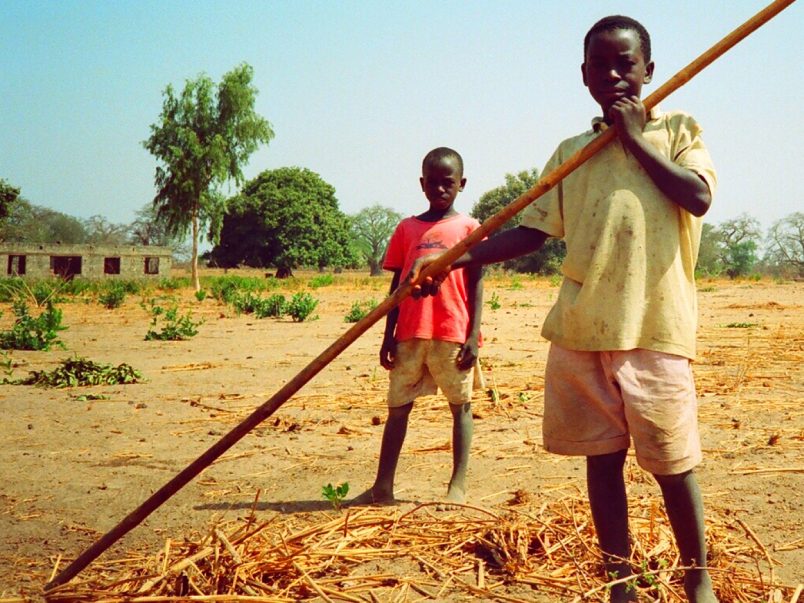 Last week the Senegalese government announced a $93.3 million project to promote entrepreneurship in rural communities. Called the Rural Youth Agripreneur Support Project, the initiative is backed by a $51.9 million loan from the International Fund for Rural Development (IFAD) and will provide training and financial support to young people in the agriculture, fisheries and pastoral sectors. Around 150,000 people, half of them women, are expected to benefit.

The project is just the latest pillar in Senegalese President Macky Sall’s quest to create a high-tech economy. But by specifically targeting the rural community, Sall is addressing an issue of pivotal importance across Africa: how to curb chronic levels of poverty and unemployment among the two-thirds of people who live outside the continent’s big cities, and dissuade young job-seekers from risking their lives by migrating both domestically and overseas in search of a better life.

Senegal is very familiar with such migration. Years of crippling poverty and high unemployment forced people to abandon their childhood villages in droves. Sall, who was first elected in March 2012, has made it his mission to reverse these trends through innovation and entrepreneurship, fostering a galaxy of new tech-savvy startups which he hopes will create up to 100,000 jobs.

To this end the president has pushed reforms allowing companies to be set up in 48 hours, promised better treatment for foreign firms and persuaded international investors to provide crucial capital. Initiatives such as the Rapid Entrepreneurship Delegation fund, launched last year with total funding of $50 million, aim to provide financial backing for budding entrepreneurs — particularly young women, who the government considers key to achieving its goals.

The results have certainly been impressive so far. Senegal boasts one of Africa’s fastest-growing economies, with GDP shooting skywards at a rate of around 7% a year. Dakar’s burgeoning tech hub has been likened to Silicon Valley. What’s more, in keeping with the government’s emphasis on female entrepreneurship, many of the most innovative ICT businesses are run by women. In fact, women’s incomes across Senegal have grown by up to 400% in recent years.

As impressive as Senegal’s economic growth has been, however, much of its success has so far been concentrated in urban areas. The Sall administration’s new initiative is designed to tackle this imbalance. Beyond Dakar and Senegal’s other conurbations, young people still find it difficult to find a job. In rural communities, the underemployment rate is an estimated 31%. Years of rapid population growth have put the job market under intolerable pressure, and many of the most important agricultural regions have been depleted by climate change. The government’s latest project is designed to address the chronic lack of tools, land and information which blights villagers across the country.

The challenges Senegal’s rural population is facing is similar to that other rural communities are coping with across Sub-Saharan Africa. The region currently has the highest population growth rate in the world, yet hasn’t developed the infrastructure to keep pace. In West and Central Africa, over 75% of the population is under the age of 35 and they are afflicted by a chronically high poverty rate. Droughts and floods have eaten away at the region’s agricultural belts—a problem compounded by lack of land tenure, as well as ethnic and gender repression.

With around one in two people in the region subsisting on less than US $1.25 per day, it’s unsurprising that many African millennials seek to emigrate, either to their country’s bright lights or to Europe. However, both options present huge challenges. If they choose the first option, many young Africans find that the job market is already swamped when they arrive in urban areas and their only option is a life of poverty or crime. The litany of horror stories about migrant deaths in the Mediterranean shows, in chilling detail, what can happen if they take the latter route.

Many believe, however, that there’s a third way: that rural Africans can build a better future for themselves in their own communities through better education and employment programs. As delegates at the recent G7 conference concluded, such programs can also help Africa work towards sustainable food systems and achieve genuine food security.

To this end, organizations such as IFAD are backing a number of projects across Africa. In Ghana, for example, the fund has invested over $300 million to help small-scale farmers adopt modern agricultural projects. Its flagship initiative focuses on the north of the country and strives to bring small farmers together with financiers and transporters to realise their economic potential. IFAD suggests that, thanks to the program, smallholders have been able to access 400% more credit in five years.

In Madagascar, meanwhile, a training program for rural youth has been providing crucial vocational training for nearly a decade, helping rural youth gain relevant skills to find jobs in their local communities rather than having to take their chances in the city. This and other programs are helping Madagascar’s women gain crucial education in a range of fields, from handicrafts to accountancy.

Work to be done

In other countries, however, the gap between rural and urban prosperity has yet to be adequately bridged. Nowhere is the problem more prevalent than South Africa, the continent’s second-biggest economy, where more than 30 million people still live in poverty and a huge number of young people in farming communities have been left behind by mechanisation and technology. Local NGOs have strived to plug the gaps, creating a network of young ambassadors who can spread skills to rural areas, but they complain that the South African government is not doing enough to support them.

So while Senegal’s latest entrepreneurship initiative is very much welcome, it needs to be followed by similar action in its neighbouring countries. Africa’s cities may be developing rapidly, fostering their own mini technological boom, but the continent’s potential will only be realized if rural communities receive a helping hand, too.