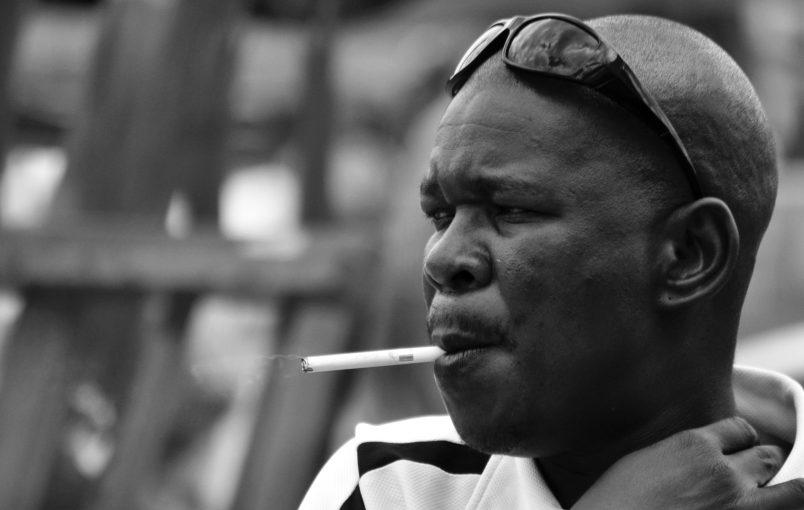 The timing of Johann van Loggerenberg’s new book, Tobacco Wars, could scarcely have been more apt. Just a couple of weeks after South Africa’s former crime-buster published a brutal exposé of the cigarette industry, Zimbabwean tobacco kingpin Simon Rudland was shot at nine times in an apparent assassination attempt.

Rudland, co-owner of Gold Leaf Tobacco, survived the attack. But few think this is the end of the matter; some of his colleagues are already speculating that they will be next on the hit-list. As Tobacco Wars makes clear, the South African tobacco industry is split between the established players and the independent upstarts eating into their market share, and both sides have shown they will stop at nothing to achieve supremacy. If the South African authorities don’t wrestle back some semblance of control, further bloodshed appears inevitable.

This was once Van Loggerenberg’s brief. He headed up the high-risk investigation unit on behalf of the South African Revenue Service (Sars). From 2007 to 2014 his unit conducted 81 investigations and made serious inroads into the tobacco sector — so serious that, according to Van Loggerenberg, one of his crew was shot in their driveway by thugs working for the manufacturers.

Eventually Van Loggerenberg was brought down, largely due to allegations by his former girlfriend Belinda Walter, a lawyer and alleged spy in the pay of British American Tobacco. His unit was then gutted by Sars boss Tom Moyane, who has since featured heavily in two separate inquiries into state capture. One of those inquiries has already recommended that South Africa’s national prosecutor initiate criminal proceedings, although Moyane vehemently denies any wrongdoing.

Whatever the truth of the state capture allegations, there is no doubt that the dismantling of the high-risk unit has been, to quote Van Loggerenberg, “a dream” for the tobacco manufacturers. The South African tobacco industry is divided into two camps: the established players, members of the Tobacco Institute of South Africa (Tisa), versus smaller rivals such as Rudland’s Gold Leaf, grouped together under the auspices of the Fair Trade Independent Tobacco Association (Fita).

Sars’s troubles have allowed both sides to “carry on with their dirty tricks” with no credible threat of sanction. As the attempt on Rudland’s life suggests, these ‘tricks’ may include attempted murder. They also include industrial espionage and cynical lobbying, which has enabled wealthy tobacco companies to infiltrate key state security agencies such as the Hawks crime unit.

But there’s also been a more subtle propaganda war raging for several years. First Fita tried to finger Tisa’s members for tax manipulation, claiming the major companies were siphoning millions from the economy. Then the giants hit back, furiously lobbying the South African government to investigate tobacco smuggling (which they blamed squarely on Fita) and funding a high-profile Ipsos study which found that Gold Leaf was responsible for 75% of all illicit smokes. The major firms have even launched an anti-smuggling social media campaign, #takebackthetax, and paid celebrities to promote it. It seems likely that this is merely a diversionary tactic to prevent any actual legislation from being passed.

Hope on the horizon

There is hope on the horizon, at least. Sars is slowly recovering from the chaos of Moyane’s tenure and reconstituting itself under new commissioner Edward Kieswetter, who has promised to implement the findings of the first state capture inquiry. A new illicit trade unit, similar in scope to Van Loggerenberg’s old high-risk investigations force, is already up and running – with a specific focus on illicit cigarettes.

In one of its most high-profile acts to date, the newly beefed-up body has promised a crackdown on rampant tobacco smuggling, with plans to phase out the old, ineffective Diamond stamps and introduce a new system of ‘track and trace’. Implementing such a system is a key global requirement under the terms of the World Health Organization’s Illicit Trade Protocol, introduced in 2012.

Track-and-trace technology, which has seen success in other markets such as Kenya, follows each cigarette packet from production line to ashtray, stopping smuggling at its source. The Kenyan program, for example, led to a reduction from 15% to less than 5% of the tobacco illicit trade and has enabled the seizure of 350,000 illicit packs. As a result, the Kenyan Revenue Authority’s revenue collection from cigarettes grew by more than 50%.

Nowhere is such a track and trace more important than in South Africa; despite the industry giants’ muck-spreading, manufacturers of all sizes are responsible for flooding the market with smuggled smokes. While the smaller players conduct relatively low-level operations, their bigger counterparts play a longer, even dirtier game.

In its tender, which was announced in April, Sars specified that the new track-and-trace service providers must be “solely and entirely accountable to Sars” and completely independent of the tobacco industry. To ensure no foul play, Sars requests full transparency in all contractual documents and reserves the right to reject any sub-contractor that doesn’t meet its criteria. So far, so good.

However, the plans have already run into turbulence. The tender process was delayed practically as soon as it was announced; even more worryingly, the manufacturers are now wading in. Tisa claims the whole process has been rushed, even though Sars has been discussing a replacement for the Diamond stamps for over a decade, and the industry body is demanding a greater say in the new system’s development.

It’s all worryingly reminiscent of the campaign the manufacturing giants have waged in Europe to hijack track-and-trace schemes for their own benefit. There, the industry spent years lobbying for its own pack marker technology, Codentify, using a matrix of misleading front groups to create a patina of impartiality. Concerningly, it appears their expensive campaign has borne fruit.

Avoiding this kind of malicious interference is essential if South Africa is to finally stop the tobacco wars. The industry must be confronted head on and denied any role in track-and-trace. Sars can talk about restoring trust and repairing damage, but if it doesn’t back up words with actions, tobacco will remain a Wild West industry— and more people risk getting caught in the crossfire.