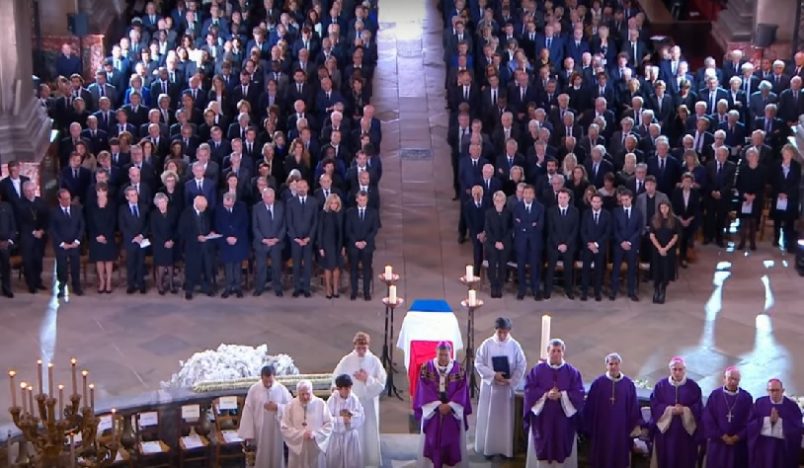 Heads of state from across Africa and the globe gathered in Paris Monday for the funeral of former French president Jacques Chirac, but among those who didn’t were a few notable exceptions.

African leaders on hand for the funeral at Saint Sulpice included President Denis Sassou Nguesso of Congo-Brazzaville, as well as Togolese President Faure Gnassingbe, and the leaders of Djibouti, Equatorial Guinea and Comoros.

“I am honored to have been able to participate,” said President Azili Assoumani of Comoros, adding that he attended with the others a reception hosted by French President Emmanuel Macron.

While Russian President Vladimir Putin and former United States president Bill Clinton were among dozens of leaders who attended, the leaders of the European Union and Morocco were conspicuously absent.

The office of King Mohammad VI issued a statement Sunday to express regret he could not attend because of acute bilateral pneumonitis. His physician insisted he rest.

Morocco sent Crown Prince Moulay El Hassan instead, noting the country’s strong relationship with France and “the special affection and esteem” held for Chirac and his friendship.