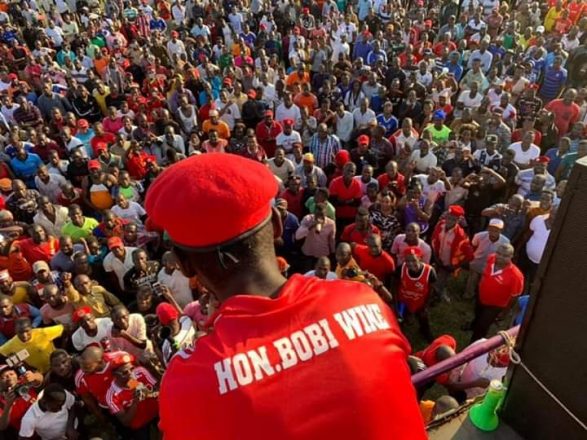 Uganda’s Bobi Wine says he and his People Power movement members will continue to wear their trademark red berets, despite the fact that the government has banned them – a move, he said Tuesday, that leaves no question over who is being targeted.

It’s Wine, who plans to challenge President Yoweri Museveni for the presidency in 2021, and the political opposition. The government’s argument that the beret design belongs to the Uganda Defence Force as part of military “equipment” and therefore cannot be used by civilians makes no sense, Wine said.

“We know that President Museveni is using all institutions to accuse, and break the law. This is evident in everything that he does,” he added, speaking at a press conference. “Now he’s doing ridiculous things but we all know that this is panic.”

Wine said he encouraged everyone to continue wearing the beret, even as the government continues to shut down opposition politicians and threatens prison terms over the it.

“We will all be wearing red all over the country,” Wine said.

Wine, a popular musician elected to parliament in 2017 whose real name is Robert Kyagulanyi, draws Museveni’s ire through both his politics and his music. He was outspoken in rejecting the removal of a  constitutional age-limit that allows Museveni to run for president again, and announced in July that he would challenge the aging leader.

Last year, Wine was seriously injured when political violence broke out in Arua as both he and Museveni appeared for separate political rallies. Wine’s driver, Yasin Kawuma, was shot and killed during the violence but Wine has long maintained he was the real target. He was arrested on treason charges – which could complicate his candidacy – and ultimately required medical care in the United States.