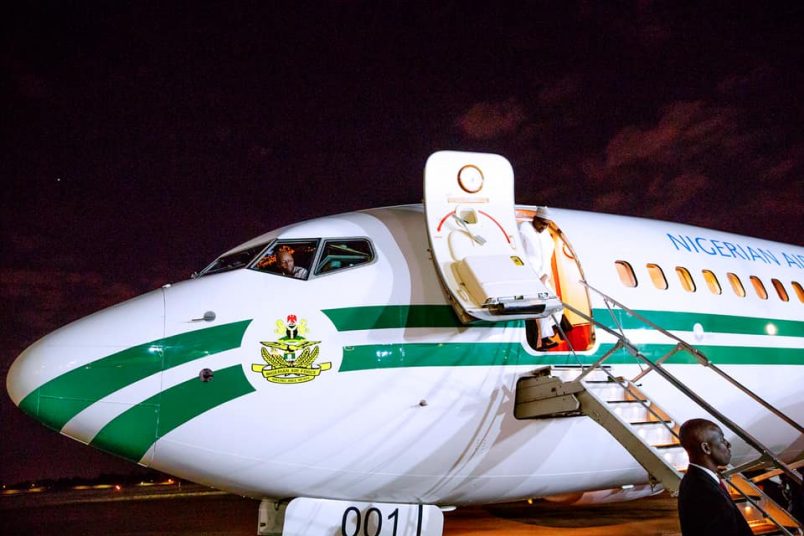 President Muhammadu Buhari of Nigeria is in South Africa for a three-day official visit, where he will meet with his South African counterpart, President Cyril Ramaphosa.

Buhari’s plane touched down Wednesday evening at the South African military airbase in Waterkloof, according to a statement from the Nigerian presidency.

The two will co-lead a Bi-National Commission meeting focused on the strained relationship between the two nations, following months of xenophobic attacks in South Africa directed against Nigerians and other African migrants.

Those attacks led to the evacuation of hundreds of Nigerians from South Africa, as well as diplomatic visits by special envoys of the two nations ahead of Buhari’s trip.

The statement noted the urgent need for the two nations – home to the African continent’s largest economies – to develop a stronger relationship.

“Before the meeting, which will be held at the Union Building, both presidents will have a tête-à-tête to discuss issues of mutual interests relating to the welfare of citizens, and expanding economic and cultural ties,” the statement added.

Buhari also plans to meet with Nigerians living in South Africa during his visit.

Buhari’s trip follows his nation’s Independence Day celebration earlier this week, during which he  focused his remarks on Nigeria’s struggling economy, its security challenges and the fight to control corruption.