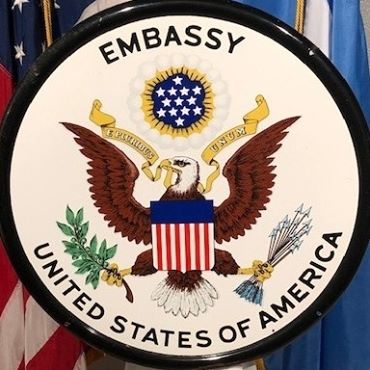 The United States announced the reopening of its embassy in Somalia on Wednesday, which it says will mark the beginning of a new chapter in their history nearly three decades after the U.S. mission was closed.

“Today we reaffirm the relations between the American people and the Somali people, and our two nations,” said U.S. ambassador Donald Yamamoto. “It is a significant and historic day that reflects Somalia’s progress in recent years, and another step forward in regularizing U.S. diplomatic engagement in Mogadishu since recognizing the federal government of Somalia in 2013.”

The former U.S. embassy was closed on January 5, 1991, the U.S. said in a statement. That closure came as Somalia descended into a civil war that evolved from resistance to Mohammed Siad Barre, the former dictator who took power in a coup and kept it for two decades before the overthrow of his government.

The U.S. began peacekeeping missions in Somalia the following year, but that role came under close scrutiny after October 3, 1993, when U.S. military personnel were killed in clashes with Somali rebels.

In recent years the U.S. military presence in Somalia has expanded in the effort to defeat the al-Shabaab extremists and support the democratically elected federal government.

“The reestablishment of Embassy Mogadishu is another step forward in the resumption of regular U.S.-Somali relations, symbolizing the strengthening of U.S.-Somalia relations and advancement of stability, development, and peace for Somalia, and the region,” the U.S. said.