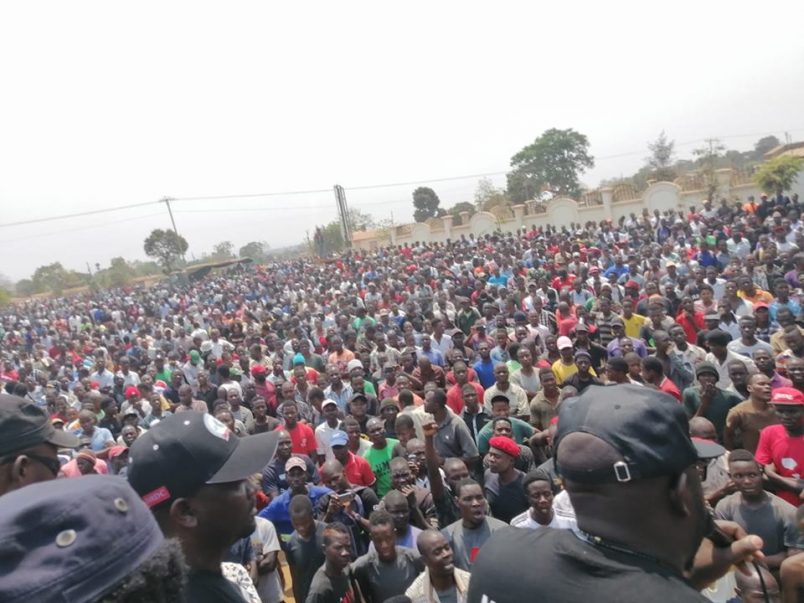 Protesters took to the streets of Lilongwe again Friday for the fourth consecutive day, as the political opposition continues to demand the resignation of Jane Anseh, Malawi’s electoral commission chief, and opposition parties begin preparing supporters for a final court decision on the disputed May presidential election.

The May 21 election saw President Peter Mutharika secure a second term, but the United Transformation Movement (UTM) and Malawi Congress Party (MCP) parties – along with other opposition politicians – filed a legal challenge. The case is still undecided by the country’s high court.

While no decision appears imminent, a prominent Malawian religious leader appealed earlier this week for UTM candidate Saulos Chilima and MCP’s Lazarus Chakwera to accept the ruling when it arrives. They’ve said they will do so and insist on the same for their followers.

In the meantime, however, Malawi’s Human Rights Defenders Coalition has built a protest movement focused on Ansah, who they believe rigged the election in Mutharika’s favor. That’s broadened into a political voice on other issues, including HRDC opposition to a pending inspector general appointment.

The protests, which were banned for two weeks under a court order last month, have been met by security forces using tear gas to disperse crowds. At least one protester died in police custody last week, according to HRDC, and there have been numerous incidents of physical attacks and firebombs attributed to Malawi’s political actors.