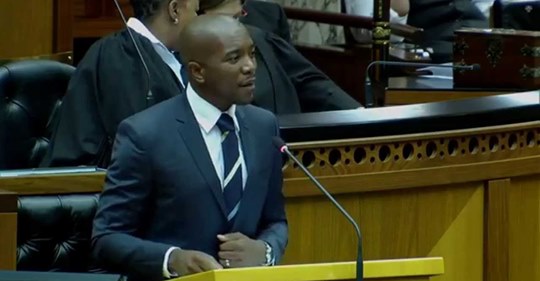 Maimane has been under scrutiny after allegations surfaced that he used a car and benefited financially from a housing deal in Cape Town linked to scandal-plagued South African retailer Steinhoff.

The DA leader has called the allegations a smear campaign, and the DA finance chairman confirmed that it was Maimane himself who referred the matter to party officials to conduct the investigation.

Dr. Dion George, the DA chairman, added that he met twice with Maimane to go over questions and review documentation during the inquiry. He confirmed that Maimane did use a Toyota that was donated to the DA through the Hertz arm of Steinhoff’s holdings but the car was returned once Steinhoff became embroiled in controversy.

“There was a delay,” George added, “due in part to the leader’s international trip to the USA and a Federal Congress taking place in Gauteng.”

As for the house, George said he reviewed the Maimane accounts and the financial trail confirms the DA leader’s claim that he is in a lease arrangement, and pays rent and pays utilities. Maimane does not own an interest in the property.

“I am satisfied that there exists no financial illegality on behalf of Mr. Maimane as it pertains to both the house and the car,” George said.