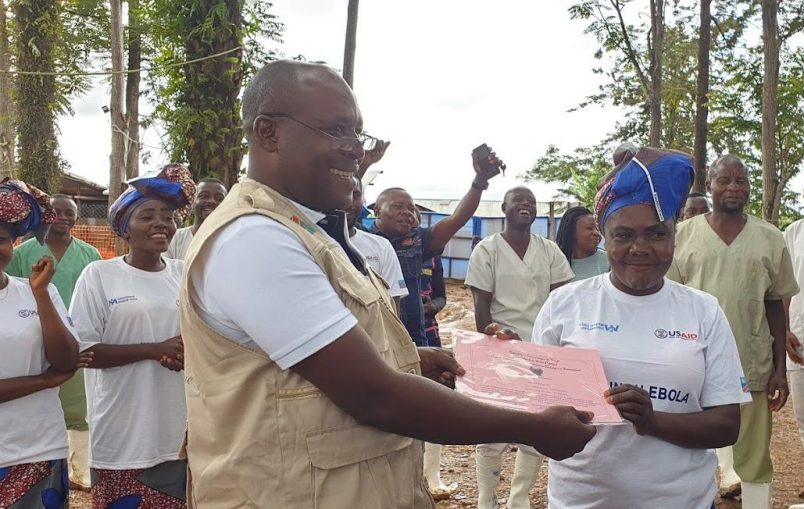 There was some good news on the Ebola front on Friday, as the Democratic Republic of Congo celebrated a milestone of 1,000 people who have survived the virus since the current outbreak began more than a year ago.

That milestone survivor is a 44-year-old woman named Marguerite, according to the World Health Organization (WHO) in the African region. She joins others whose stories were shared as part of the WHO outbreak response in the volatile Ituri and North and South Kivu provinces.

“Battling the epidemic has been a complex challenge in an environment of weak health infrastructure, political instability, ongoing conflict involving armed groups and community mistrust and reluctance,” said WHO. Yet the health community has persevered, and it is now pursuing plans for survivor programs with more than 90 percent of the 1,000 survivors enrolled.

Marguerite and her counterparts “give us hope that we are moving closer to stopping this outbreak,” WHO added.

There’s reason for optimism as reported new cases have slowed, but WHO said in its Thursday update that there were still 20 new cases confirmed in the past week. There are also shifts in the outbreak pattern, away from urban hotspots like Beni, Butembo and Katwa toward more rural communities.

More than half of these new cases are in Mambasa and Mandima, signaling to health workers that changes in strategy may be needed to reach more inaccessible villages or do so during the coming rainy season.

There are 3,087 confirmed cases in this Ebola outbreak, with dozens more considered probable cases. At least 2,137 people have died – making Marguerite and her fellow survivors among the fortunate ones.

Authorities in Hong Kong said Friday they are monitoring a suspected Ebola case but add that a preliminary blood test for the virus is negative.

The Centre for Health Protection (CHP) in Hong Kong’s health department said the patient is a woman, 54, who spent more than three months in Democratic Republic of Congo before arriving in Hong Kong.

“In accordance with the guideline of the World Health Organization (WHO), a repeat blood test would be conducted for the patient two days later to rule out EVD,” a spokesman for the CHP said.