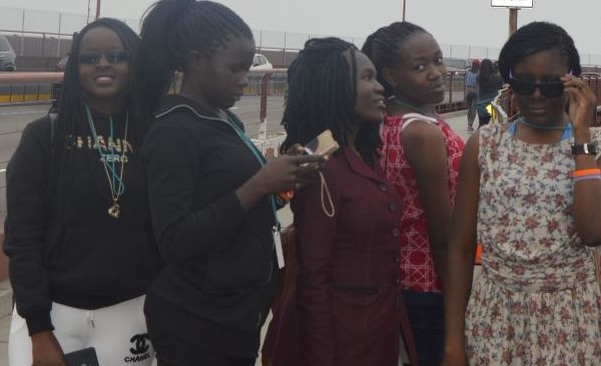 Five students from Kenya have been named as short-list finalists for the European Union’s prestigious Sakharov Prize for Freedom of Thought, awarded for exceptional achievements in human rights.

The five – Stacy Owino, Cynthia Otieno, Purity Achieng, Mascrine Atieno and Ivy Akinyi – developed an app to help young women deal with female genital mutilation (FGM) and launched it through an organization they called The Restorers. The students themselves are all between ages 17 and 19.

The i-Cut app makes it easier for young women to seek help, find a rescue center or report the FGM procedure to the authorities. The app is part of The Restorers’ broader strategy to end FGM, which has been widely recognized by Google, the ONE Campaign and other international companies and NGOs.

One in four Kenyan women and girls have undergone FGM, which involves the partial or total removal of the external genitalia. It is practiced in some 30 countries, most of them on the African continent, the World Health Organization said.

Other finalists for the Sakharov Prize are Brazilians Marielle Franco, Chief Raoni and Claudelice Silva dos Santos, all activists defending the Amazon and indigenous and environmental rights or – in the case of the late Franco – the rights of minorities and impoverished favela residents. Franco was killed in 2018.

Also short-listed is Uyghur Ilham Tohti, an economist fighting for the rights of his people in China. “He was sentenced to life imprisonment on separatism-related charges in 2014,” the prize committee said. “He remains a voice of moderation and reconciliation.”

The winner will be selected on October 24, and the prize awarded in December. To learn more about the EU prize, check this link.