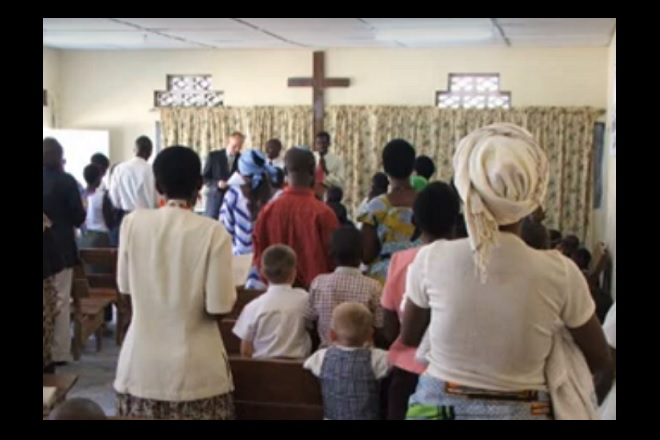 In Rwanda, authorities say a Christian pastor from the United States arrested while in Kigali despite the ban on his radio station and ministry has been deported.

The Rwandan Directorate General for Immigration and Emigration (DGIE) confirmed to New Times that Gregg Schoof was declared a prohibited immigrant and not permitted to stay in Rwanda. He was arrested earlier Monday while planning a press conference to discuss his ministry and legal battles.

Schoof and his missionary family went to Rwanda in 2003, according to Fundamental Baptist Missions International, an umbrella organization that has helped to support their efforts. Both the radio station, Amazing Grace Radio, and the Cornerstone Baptist Church in Rwanda were affiliated with Schoof.

They were shut down by Rwandan authorities after comments about women on the radio show sparked offense.

“We must leave Rwanda,” said Schoof in a letter posted last month. It details the court cases on the ban imposed by Rwanda, and adds the ministry’s decision to refuse it and Schoof’s vow to immediately appeal.

He also speaks briefly about similar church-closure reports from neighboring Burundi before returning focus on Rwanda.

“Sadly, the Rwanda door is also closing. When we went to renew our visas, we paid for two-year visas, but they only gave us two-month visas,” Schoof said. “We appealed to the Director, and we got a final answer: We are being kicked out of Rwanda. Try to logic this out: Church–illegally closed. Radio –illegally closed. So now, because we are “not doing anything,” they cannot give us visas.”

Schoof then said his family planned a move to neighboring Uganda but he was believed to be deported to the U.S.