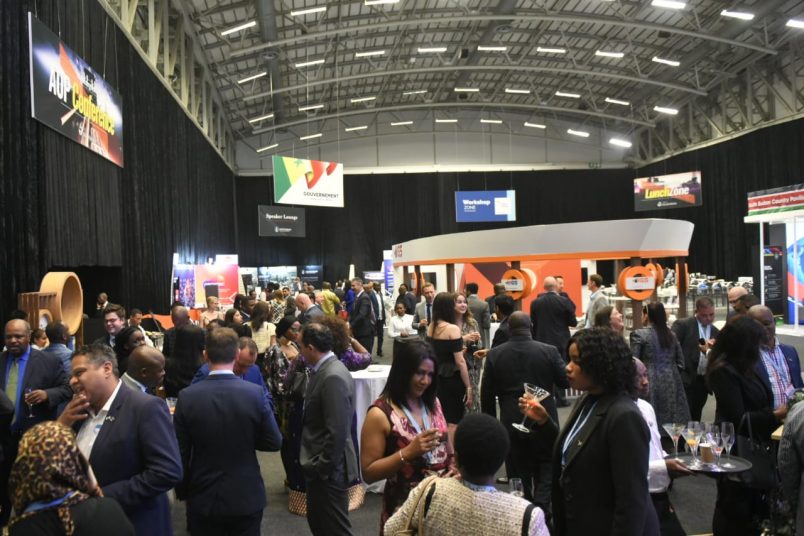 Participants in the three-day African Oil & Power conference, which runs through Friday in Cape Town, are showcasing African industry’s efforts to align with this year’s theme of “Make Energy Work.”

Gwede Mantashe, the Minister of Mineral Resources and Energy in South Africa, served as keynote speaker on Thursday with an emphasis on how Africa’s economic growth is linked to energy.

“We have witnessed how an adverse impact of high costs and unreliable supply of energy” affect productive sectors of the economy, he said, addressing an audience of many of the more than 1,000 conference participants.

Among them were energy and petroleum ministers from 20 nations, focused on Africa’s petroleum resources but also renewable energy, the energy transition and energy security.

They included Senegal and South Sudan, which were launching their licensing rounds at the event. Also offering licensing-round presentations were Angola, Equatorial Guinea and Uganda, with an additional conference focus on host South Africa.

Yet it was South Sudan that captured the attention of anti-corruption and conflict prevention activists. Clusters of sign-waving protesters gathered outside the venue to insist that South Sudan industry investment will support corruption and fuels conflict that harms women and children.

“Make Energy Work for peace,” said Pretoria-based activist Bertha Moteane, who has worked with the Crisis Action organization and posted images from the march on social media.

“Kleptocracy has ripped (South Sudan) in the vilest and most tragic way that saw nearly a million people displaced, thousands dead and children who should be at school used as soldiers,” he wrote in an op-ed for Business Day. “Though the fighting has subsided in parts of the country, the peace deal remains fragile. Whether the unity government would make the November deadline is uncertain. It’s a risky time to invest in South Sudan.”