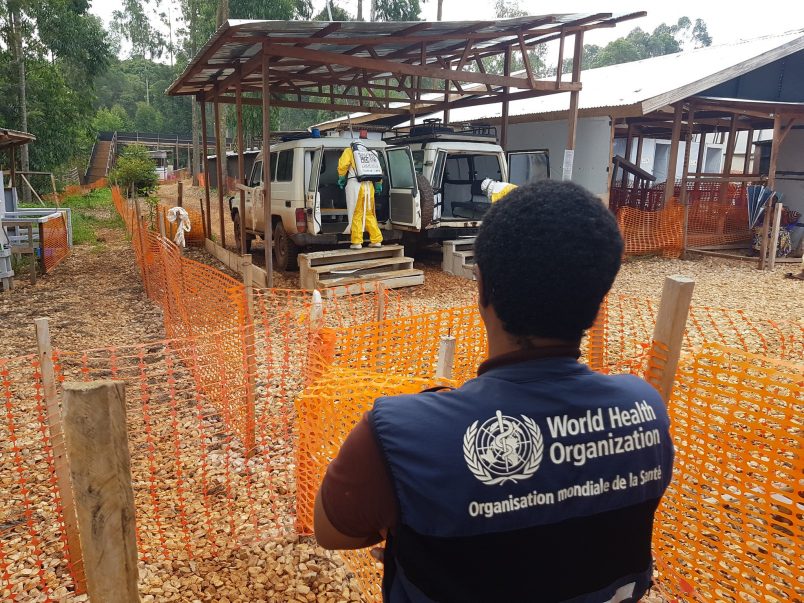 Ebola health workers were attacked again in eastern Democratic Republic of Congo, after people in the Lolwa community blamed them for the death of a 3-year-old child who was under care with a different diagnosis.

The military restored order Sunday after youths vandalized the medical facility, according to Radio Okapi, a Congolese news outlet operated by MONUSCO, the United Nations mission in DR Congo. There were no fatalities reported in the attack.

This latest violence comes as the Democratic Republic of Congo, optimistic about recent progress in containing the 14-month-long Ebola outbreak, sees something of a setback in newly reported cases.

That’s especially true in Ituri province, where more than half of new cases reported in the past three weeks have occurred. The World Health Organization (WHO) has seen 21 new cases in Mandima and another six in Mambasa, with all three cases in Lolwa emerging in the 21-day reporting period.

Lolwa lies between Mandima and Mambasa, to the west on DR Congo’s national highway Route 4, and Bunia to the east – raising fresh concerns about Ebola transmission on a heavily traveled route in a region that faces chronic security and resource challenges.

“There is a clear shift in the hot spots of the outbreak from high density, urban settings, such as Butembo, Katwa, and Beni, to more rural areas with a lower population density,” WHO said. “This results in a change in the transmission dynamics, with more community-based transmission and less possible transmission in healthcare facilities.”

WHO also notes community trust is lacking in the Mandima and Mambasa health zones. “Poor (Ebola) awareness compounded with armed conflict has led to heightened tensions between local communities and Ebola response teams,” it added. “This has resulted in difficulties in investigating community deaths. Therefore, it is likely that the number of cases and community deaths in this area is underreported.”