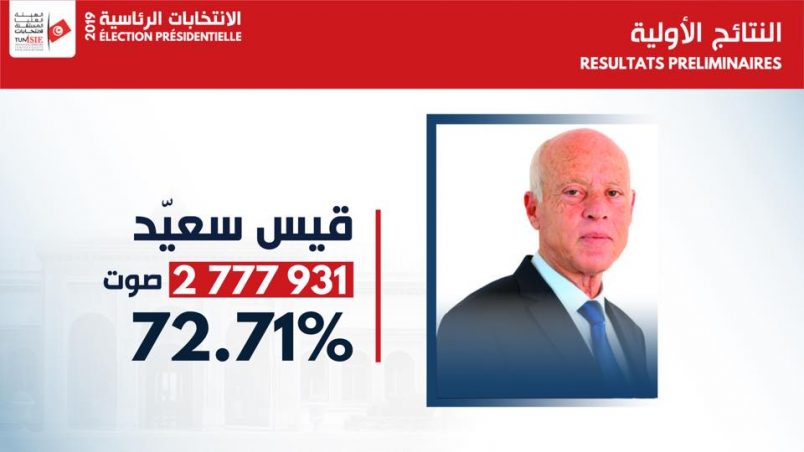 Saïed received 72.7 percent of the votes, according to the ISIE, Tunisia’s independent electoral commission. He was widely considered the favorite, with Karoui and his Heart of Tunisia party quick to concede and congratulate Saïed on his win.

Saïed, for his part, thanked supporters but promised to be the president of all. “There is no room for exclusion,” he said, turning attention to a Tunisian future built on democratic principles and the rule of law.

Sunday’s runoff election followed a September vote that narrowed the candidates to the two finalists, who ended within three percentage points of each other.

Saïed will replace Beji Caid Essebsi, the late Tunisian president who died at age 92 in July.  Mohamed Ennaceur, head of the country’s National Assembly, served as interim president since Essebsi’s death and until elections could be held in keeping with the Tunisian constitution.

Saïed’s victory was welcomed by the Ennahdha party, which took 52 of the 217 parliament seats in legislative elections held earlier this month. Heart of Tunisia came in second with 38 seats, leaving the MPs and now Saïed to navigate a difficult process of establishing a governing coalition in the assembly.