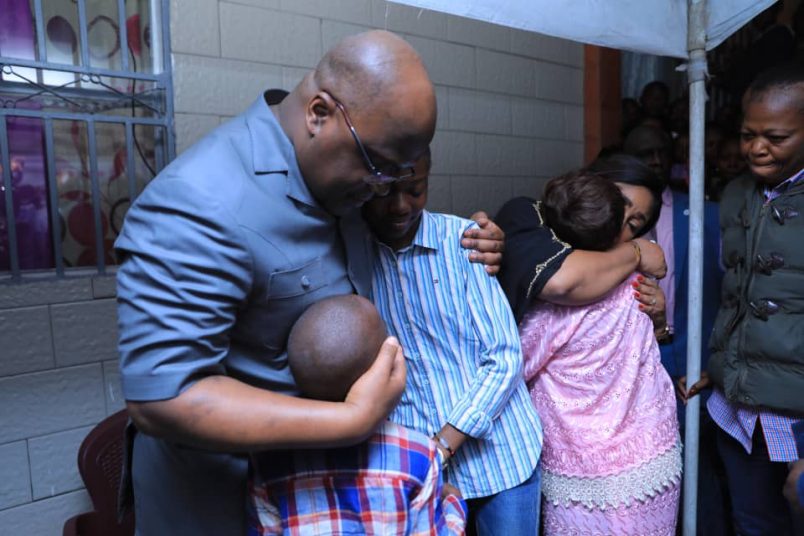 President Felix Tshisekedi visited families of some of the victims of last week’s plane crash in eastern Democratic Republic of Congo, after authorities confirmed Tuesday that they found the wreckage of the missing Antonov AN-72 in Sankuru province.

Abraham Luakabuanga, a spokesman for the presidency, said the plane was found with assistance from the United Nations mission in DR Congo. At least four bodies were recovered but have not yet been identified publicly, while others were reportedly buried already because of decomposition. 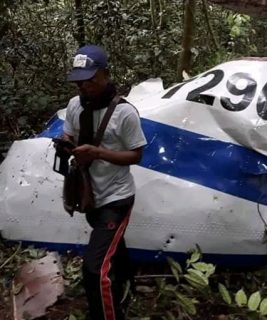 Luakabuanga said Tshisekedi and his wife were on hand to comfort the families of Patrick Mukadi , a logistics worker for the president, and his main driver, identified as Maréchal.

The aides accompanied the president during a trip last week to North and South Kivu provinces and were flying home separately to Kinshasa. The doomed flight took off from Goma about 3:30 p.m. on Thursday with eight passengers and the flight crew, according to a statement from the Congolese Civil Aviation Authority. Contact with the flight was lost about an hour after departure.

The crash site is in a remote forest where communications are difficult, adding to the mystery over what became of the flight – and more important, why. Some Congolese protesters have taken to the streets in anger over the presidential plane, which they fear was intentionally targeted.

Luakabuanga, responding to speculation over a crash image and what appeared to be holes piercing into the plane, urged the Congolese to avoid rumors until the investigation is completed. He said Tshisekedi’s crisis team is preparing to make a formal announcement.