Home>News>FNDC protests continue in Guinea as rights groups warn against violence
By AT editor - 15 October 2019 at 9:54 pm 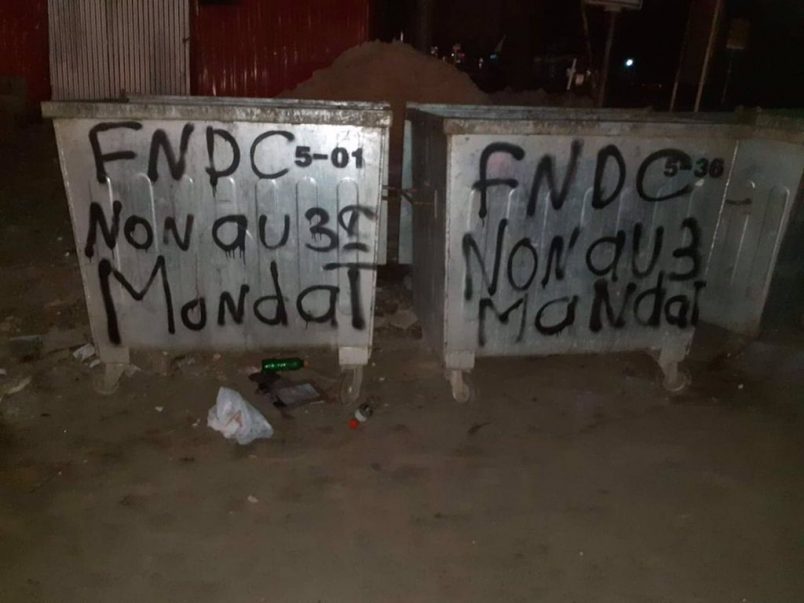 Human rights organization Amnesty International has raised the alarm over political tensions in Guinea, where at least four people died Monday during demonstrations in Conakry.

The National Front for the Defense of the Constitution (FNDC) in Guinea said another 50 others were injured, some of them critically, but called for protests to continue again on Tuesday.

The fatalities, at least two of them in the town of Mandou, were reported by human rights observers as the Guinean opposition, at odds with President Alpha Condé for months, takes to the streets to protest a proposed constitutional change. It would allow Condé to stand for another election – making him the latest African leader to try and stay in office beyond term limits.

The 81-year-old Condé has been president since 2010. Amnesty said more than 100 people have died in the past 10 years, which followed a September 2009 stadium massacre in which 157 people were killed by military forces. That history has kept rights activists and opposition politicians mindful of the potential consequences.

“The widespread use of tear gas and live ammunition during clashes between protesters and the security forces in Conakry (Monday) has left at least four killed and several wounded,” said François Patuel, the Amnesty researcher for West Africa.

“The use of lethal force against protestors and bystanders and the arrest of the protest organizers are a shameful attempt by Guinean authorities to stifle dissent by any means necessary,” he added. “These acts should be investigated independently, and suspected perpetrators brought to justice in fair trials.

Guinea’s ruling Rally of the Guinean People Party supports a new constitution, and the president asked ministers to begin discussions in the West African nation earlier this month.