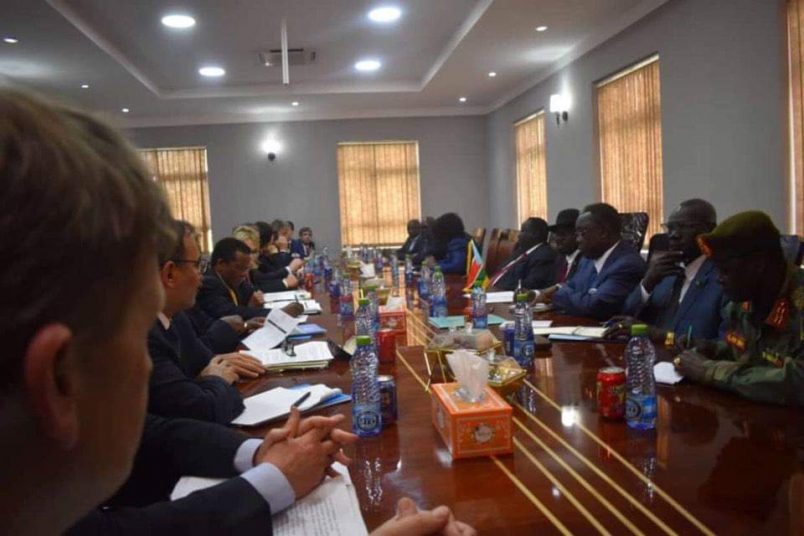 A delegation of the United Nations Security Council in South Sudan, meeting at the weekend with both President Salva Kiir and opposition leader Riek Machar, warned that there are just three weeks left before a November 12 deadline to form their transitional unity government.

The deal, brokered through the regional Intergovernmental Authority on Development (IGAD), is meant to end conflict that’s continued since 2013 and claimed an estimated 400,000 lives. While Kiir previously appealed for more time – a six-month extension was approved in May – it’s now Machar who says the opposition won’t honor the agreement and civil war will continue unless the sticking point of reunification of military forces is resolved.

The issue of establishing borders also remains a barrier to achieving the goals of the South Sudan agreement, according to UNMISS, the UN mission in South Sudan.

“We understand there are a lot of difficulties in this country,” said Russian Ambassador Dmitry Polyanskiy, who was part of the delegation. “But your country is at a critical juncture and it is time for all of you to take responsibility and set aside differences to work together for the future.”

A similar message was issued Monday by the troika governments of Norway, the UK and the United States.

“For too long, conflict has been waged at the expense of South Sudan’s most vulnerable and continues to exacerbate humanitarian needs. We encourage the parties, especially the current government, to take concrete steps to build trust through enhanced cooperation,” the statement said.