Home>News>Botswana heads to polls as IEC denies charges of cheating
By AT editor - 23 October 2019 at 5:49 am 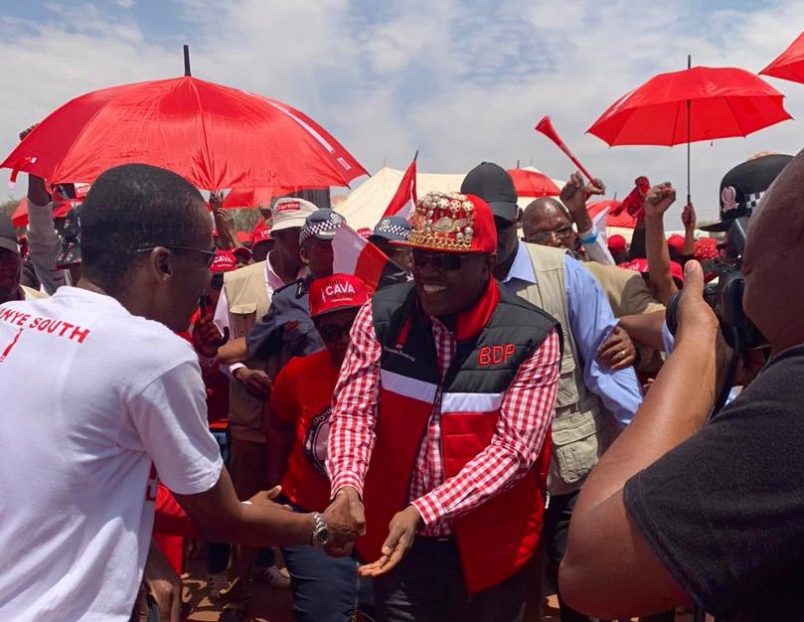 The polls are set to open in Botswana early Wednesday but not without controversy that’s already emerged over the country’s Independent Electoral Commission (IEC) and the transparency of the vote.

The IEC defended itself on Tuesday over two media accounts reporting that the opposition Umbrella for Democratic Change party, led by Duma Boko, already alleged irregularities in the voting process.

“The timing of the publication of the newspaper article and the distribution of the social media report are part of a carefully orchestrated plan designed to cause unnecessary electoral uncertainties,” the IEC said in a statement signed by spokesman Osupile Maroba. The statement rebutted claims of multiple complaints to IEC over the voting rolls, adding that it was “inconceivable” that anyone could cheat because Botswana’s election process is secure.

Yet Boko has publicly warned of the potential for fraud as he faces off against President Mokgweetsi Masisi, the Botswana Democratic Party (BDP) candidate inaugurated in April 2018. Masisi was chosen successor by former president Ian Khama but the two saw a bitter parting of ways during a transitional year in Botswana’s electoral system, which builds that year of continuity into the cycle.

That falling out with Khama led to the departure of key BDP leaders, chiseling away at party unity and leaving a historic opportunity for UDC to challenge decades of BDP power.

Masisi, holding his last-minute campaign rallies, expressed confidence in a win he said will allow him to continue reforms that are moving the economically struggling Botswana forward.

“As a nation we have achieved so much together; we’ve worked incredibly hard to bring about positive change in such a short time and we’ve identified a lot more that needs to be addressed,” he said.