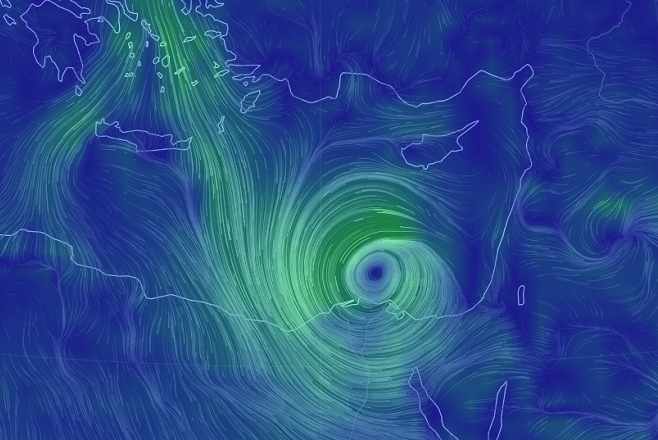 Egypt braced for another round of wicked weather on Friday night, as a storm spinning in the Mediterranean Sea just off the coast promised to deliver potentially flooding rains and high winds.

The storm was expected to bring heavy rainfall with some thunderstorms in the country’s north, including Cairo, with the potential for more flooding in the northern Sinai Peninsula, according to the Egyptian meteorological service. Schools in Alexandria will be closed through Saturday as the storm, dubbed “Medicane Scott,” moves inland.

Meteorologists based in the United States said a westward shift in the storm’s path late Friday moved the bulk of the forecast rain and winds more toward Egypt, with lesser impacts for Israel and Palestine though rains are still expected there.

“Subtle shifts in its track will have large implications both on the potential for intensification and the impacts realized on land,” said Matthew Cappucci of the Washington Post. “The most significant effects will likely arrive Saturday morning into the early afternoon local time.”

The new storm follows heavy rains and flooding that claimed at least 11 lives in Egypt by Thursday, according to the Associated Press.

The “medicane” describes a hybrid type of storm that occasionally forms in the Mediterranean but, as meteorologists in the UK and Saudi Arabia noted, it’s not as common to see them do so in the eastern part of the sea.