Home>News>Masisi, BDP declared election winners in Botswana
By AT editor - 25 October 2019 at 4:58 pm 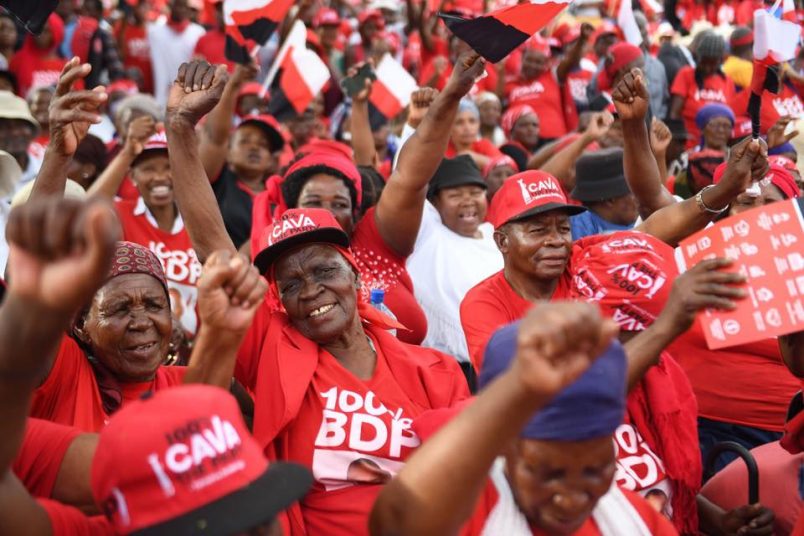 President Mokgweetsi Masisi has been declared winner following this week’s elections in Botswana, with his Botswana Democratic Party (BDP) claiming the necessary seats in parliament to secure his next five-year term.

The country’s chief justice, Terrence Rannowane, made the announcement Friday morning after verifying that the BDP had met the threshold with 38 of the country’s 57 parliamentary seats.

“I’m humbled and honored that you again entrusted the BDP,” said Masisi in a celebratory message. “As the President of Botswana for the next five years, I’m blessed and privileged to serve you and promise that I’ll continue to do so with integrity, compassion, humility and honesty.”

The opposition Umbrella for Democratic Change party, led by Duma Boko, also thanked supporters though he made clear earlier in the week that the UDC was concerned about the potential for fraud. Those concerns prompted a response from the Independent Electoral Commission (IEC) assuring Botswanans of a fair and credible process.

Masisi was inaugurated in April 2018 after he became the chosen successor of former president Ian Khama, but the two saw a bitter parting of ways during the transitional year of continuity built into Botswana’s electoral system.

That falling out with Khama led to the departure of key BDP leaders, chiseling away at party unity and leaving a historic but ultimately unrealized opportunity for UDC to challenge decades of BDP power.