Home>News>With protests across the globe, UN appeals for peaceful change
By AT editor - 25 October 2019 at 4:47 pm 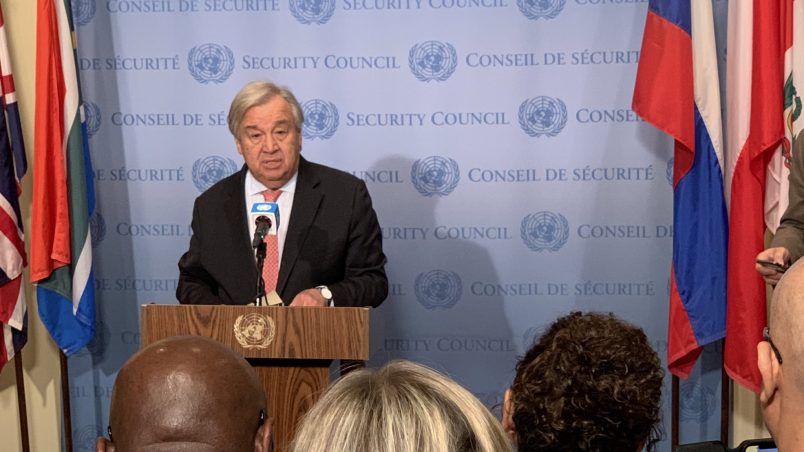 The United Nations addressed on Friday the global spread of unrest that has swept across nearly every continent, with both the UN Secretary General and the head of the UN human rights office in Geneva appealing for peaceful demonstrations and expressing concerns over violence.

“Disquiet in peoples’ lives is leading to anything but quiet in streets and city squares,” said UN chief António Guterres from New York, where he took questions on the escalating protests in Lebanon and those in Bolivia, among others.

“Every situation is unique,” he added. “Some protests are triggered by economic issues – including rising prices, persistent inequality or financial systems that benefit elites. Others stem from political demands. And in some cases, people are reacting to corruption or different forms of discrimination. Yet there are commonalities that span the continents – and that should force all of us to reflect and respond.”

Meanwhile Ravina Shamdasani, the spokeswoman for OHCHR, offered a litany of nations from Hong Kong to Haiti where people are taking to the streets in protest encounters that too often lead to violent clashes with security forces, arrests and fatalities.

On the African continent, she said, they include Algeria, Egypt, Guinea, Malawi, Sudan and Zimbabwe – although certainly many more have seen economic frustrations or anger over political standoffs spill over into street protests.

Some protests have a specific spark, but then broaden into a wider movement based on other issues.  Some are fueled by a government’s response and the repression of their democratic freedoms.

“This list is far from exhaustive,” she said, noting that poverty and economic inequality are among the drivers common to all nations. “These sentiments are exacerbated by growing mistrust of institutions of government, politicians and ruling elites.”

Guterres asked that global leaders listen to the needs of real people.

“Our world needs action and ambition to build a fair globalization, strengthen social cohesion, and tackle the climate crisis. Those are precisely the objectives of the 2030 Agenda and the Sustainable Development Goals,” he said. “With solidarity and smart policies, leaders can show they ‘get it’ – and point the way to a more just world.”