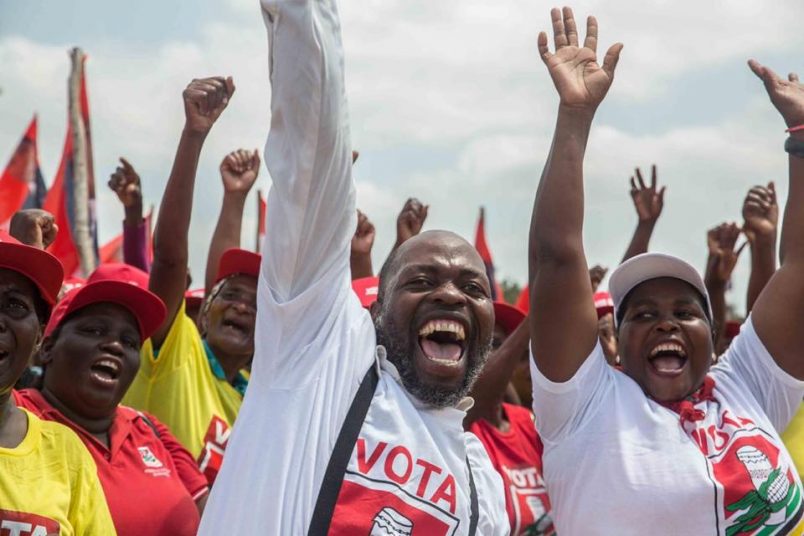 The National Election Commission (CNE) in Mozambique has certified the victory of President Filipe Nyusi and the Frelimo party following the disputed October 15 elections, although at least eight members of the commission dissented and said the CNE failed to guarantee a fair process.

“We cannot in good conscience, loyalty to the law and patriotic sense, approve the political farce brought to us here,” said the CNE members, who refused to align with the Frelimo position. “We reject these results because they do not faithfully reflect popular will.”

The opposition parties previously rejected Mozambique’s election results and warned that the peace deal negotiated in August may be at stake because of electoral violence and voting irregularities. MDM said the elections were “more violent and painful” than any the nation has ever organized before, while Renamo explained that “the magnitude of the fraud” makes it impossible to accept the election as legitimate.

Renamo, which has struggled against Frelimo for decades in hopes of controlling Mozambique, called for new elections and warned that it considers the electoral violence – which in a handful of cases led to fatalities – to be in violation of the newly minted peace agreement.