Home>News>Lupita Nyong'o tapped for wildlife advocacy award
By AT editor - 29 October 2019 at 4:49 am 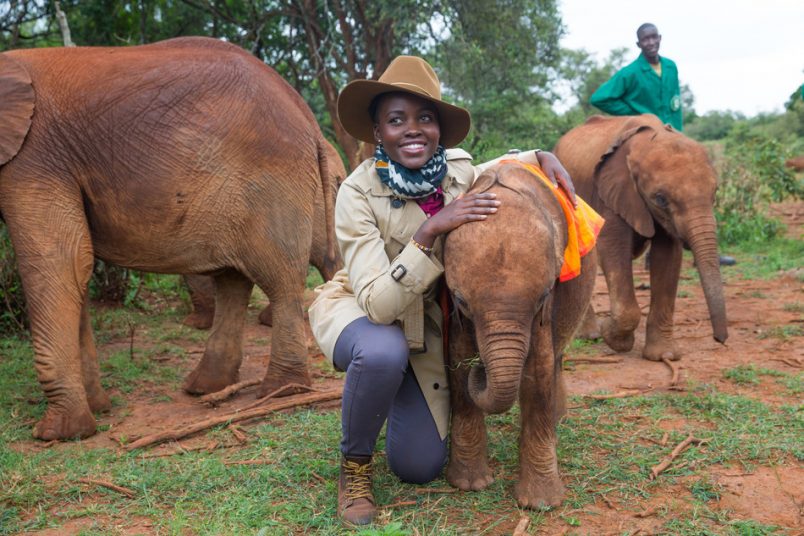 Lupita Nyong’o has met with plenty of accolades, and now the Kenyan-Mexican actor is receiving a new one for her commitment to wildlife protection.

Nyong’o was named this year’s Wildlife Champion on Monday by WildAid, a global conservation organization with a mission to end the illegal wildlife trade and a focus on doing so by reducing demand for elephant ivory, rhino horn and other trafficked goods.

The award will be presented at a November 9 gala dinner in Los Angeles.

“Nyong’o has been a prominent advocate for elephant conservation, traveling to Kenya with WildAid in 2015 to publicize the threat of poaching and most recently partnering with WildAid on Discovery’s best-rated series, Serengeti, which follows the lives of Tanzania’s majestic animals,” said WildAid in a press release.

The Academy Award-winning Nyong’o said elephants are a personal love and part of her heritage.

“They play an important part of African economies through tourism and it’s unthinkable that we could let them become extinct just to trade their ivory,” she added.

Nyong’o was named WildAid’s Global Elephant Ambassador in 2015, making a visit to Amboseli National Park and The David Sheldrick Wildlife Trust’s Nairobi elephant orphanage. She also was featured in public service announcements appealing for an end to poaching.

“Although Kenya banned the ivory trade more than 25 years ago, growing affluence in Asia has produced a new class of ivory consumers who have reignited demand and stimulated the illegal ivory trade, resulting in continued poaching,” said WildAid. “Across Africa, up to 25,000 elephants have been killed annually for their ivory, with militant groups and international criminal syndicates profiting from the trade.”