Home>African Future>Kenyatta talks investment in Saudi Arabia
By AT editor - 31 October 2019 at 1:29 am 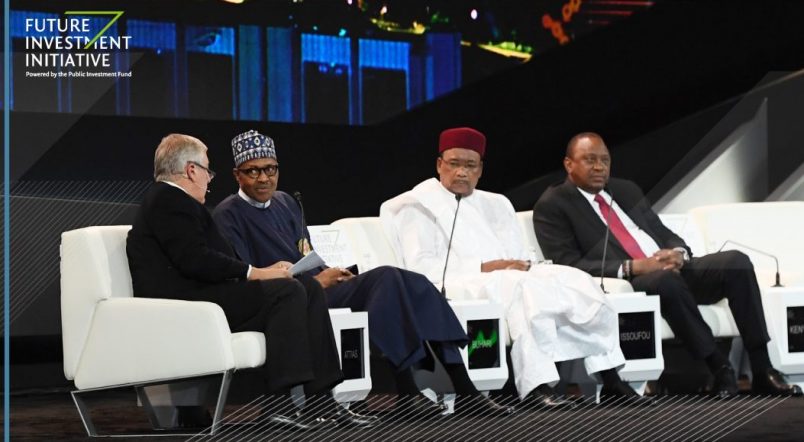 President Uhuru Kenyatta, speaking at the Future Investment Initiative in Saudi Arabia on Wednesday, said it was time for Middle Eastern nations to renew the historic investment interest in African economies, one that dated back to the ancient days of maritime trade depending on dhows and monsoon winds.

“Here we are in the age of airplanes and ships and the trade between the East African coast and the Gulf is not even a quarter of what it used to be,” Kenyatta said. “We are natural partners and we need to renew our partnership.”

Kenyatta was one of three African leaders to speak to guests attending the “Davos in the Desert” event through Thursday, including Nigerian President Muhammadu Buhari and Niger’s President Mahamadou Issoufou.

Both Buhari and Issoufou touted the impacts of the AfCFTA, the African Continental Free Trade Agreement that will create a common African market serving more than a billion people. Buhari stressed the economy, but also the importance of security and fighting corruption, which remain significant challenges for the West African nation.

Saudi Arabia said this year’s attendance topped 6,000, more than double the attendance at the first FII in 2017. Last year’s forum was overshadowed by the death of Saudi journalist Jamal Khashoggi, and the diplomatic crisis touched off by investigations into the role of Saudi Arabian Prince Mohammed bin Salman and the kingdom.