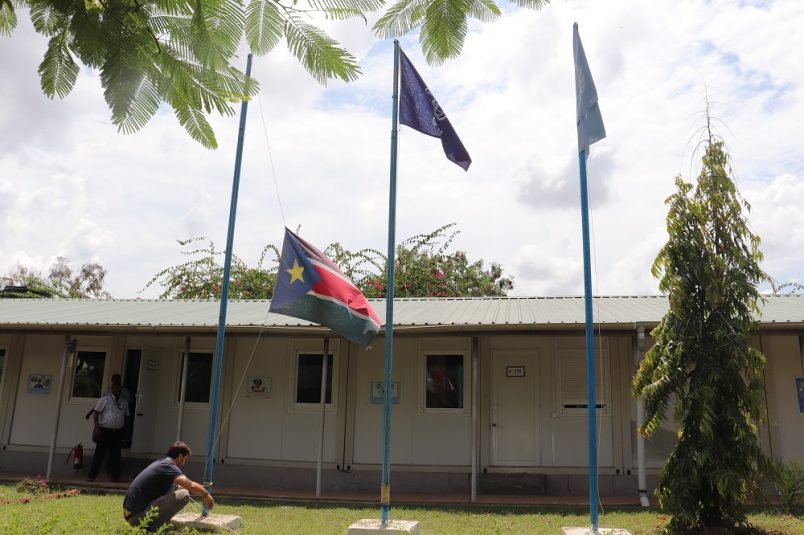 The International Organization for Migration (IOM) says three of its aid workers were killed earlier this week in South Sudan, where they were assisting with Ebola health screenings in the border area with Democratic Republic of Congo and Uganda.

The three volunteers, two men and a woman, were caught in the crossfire during clashes between armed groups in the Central Equatoria region.  Two other men, including one with a gunshot wound, are expected to recover from their injuries.

“A female volunteer and a four-year-old son of the murdered female aid worker were abducted during the attack,” said IOM, the United Nations migration agency, in its statement. “Their whereabouts remain unknown.”

IOM suspended Ebola screenings at five border entry points because of the fighting at Isebi. They also include Bazi, Kirikwa, Lasu and Okaba, in what has become an all-too-familiar scenario of disruptions to the Ebola response because of regional conflict.

“We grieve alongside our staff in South Sudan, for the families of the victims and reiterate that humanitarians and civilians are not and should never be subjected to such heinous acts of violence – we are not a target,” said IOM director António Vitorino.

It also comes as the Ebola outbreak in DR Congo enters its fifteenth month, with the death toll now at 2,182 people and continued vigilance over the virus crossing borders into neighboring nations.