Home>CUTTING EDGE>Twitter, Facebook announce new moves to limit political abuses
By AT editor - 31 October 2019 at 12:56 am 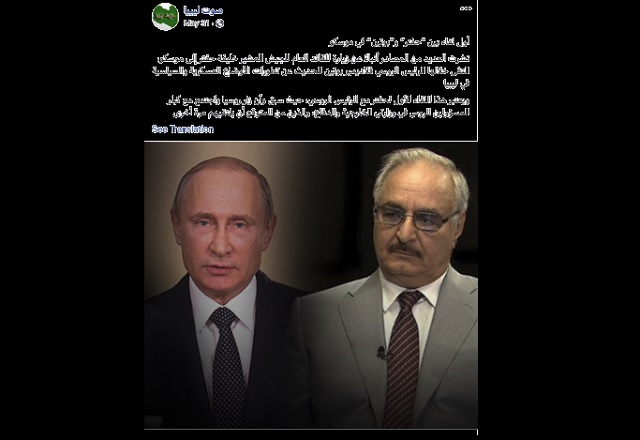 Both Twitter and Facebook made big announcements on Wednesday, as the social media companies seek to curb fake accounts, abuse in political ads, and the potential to spread fake news or incite violence through hate speech.

Facebook announced it removed three Russia-linked networks of accounts, pages and groups that targeted eight nations on the African continent. Those nations – Madagascar, Central African Republic, Mozambique, Democratic Republic of the Congo, Côte d’Ivoire, Cameroon, Sudan and Libya – were on the receiving end of dozens of attempts by bad actors to manipulate public opinion.

“They typically posted about global and local political news including topics like Russian policies in Africa, elections in Madagascar and Mozambique, election monitoring by a local non-governmental organization and criticism of French and US policies,” the company said in a statement. Facebook provided sample images of the removed content, including the image above from a site called Voice of Libya.

Meanwhile, Twitter CEO Jack Dorsey announced that the platform will no longer accept paid political ads and in some cases, issue ads that could serve as back-door candidate or party promotions.

“This isn’t about free expression,” Dorsey said. “This is about paying for reach. And paying to increase the reach of political speech has significant ramifications that today’s democratic infrastructure may not be prepared to handle. It’s worth stepping back in order to address.”

Vijaya Gadde, the legal and policy lead for Twitter, said the policy will mean a ban on any ad that refers to an election, and any “ads that advocate for or against legislative issues of national importance” such as climate change, health care, immigration or national security.

“We are working through the details now and we will provide more details on the final definition and a few well defined exceptions,” Gadde said late Wednesday. Twitter’s policy will go into effect on November 22.