Home>ENERGY & COMMODITIES>Ethiopian dam talks to continue into January
By AT editor - 6 November 2019 at 9:03 pm 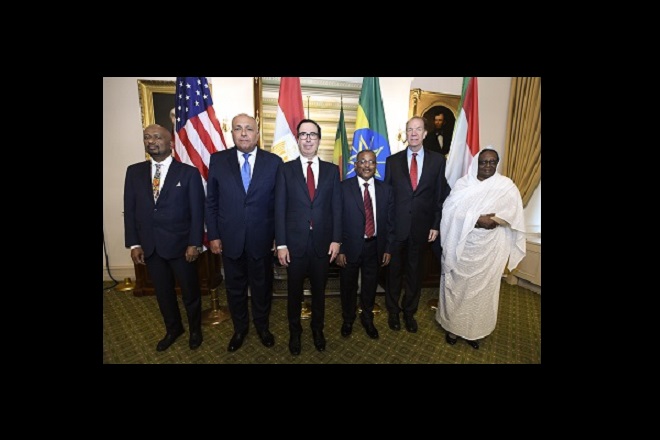 By all accounts, the talks over Ethiopia’s Grand Ethiopian Renaissance Dam hosted by the United States were positive, with the parties agreeing to a series of four future meetings to work out their disputes over impacts to the Nile River – a sticking point for Egypt and Sudan.

Those meetings, among the three nations’ water ministries, will continue with the U.S. and the World Bank participating. They follow this week’s meeting in Washington D.C., which saw World Bank president David Malpass and Steve Mnuchin, head of the U.S. Department of Treasury, assist the foreign ministers and their delegations in moving forward to end their standoff over water access.

“The ministers reaffirmed their joint commitment to reach a comprehensive, cooperative, adaptive, sustainable, and mutually beneficial agreement on the filling and operation of the Grand Ethiopian Renaissance Dam,” the parties said in a joint statement.

The ministers also agreed to work toward an agreement by January 15, 2020, and will attend two more meetings in Washington ahead of the target date. If an agreement is not reached by that deadline, the foreign ministers agree to international mediation in keeping with the provisions of an existing 2015 agreement.

Ethiopia says it needs the 15,000 GWh of power per year the dam is expected to deliver for Ethiopians, but threats to the Blue Nile that potentially affect agriculture and water resources for Egypt and Sudan have made any agreement elusive.