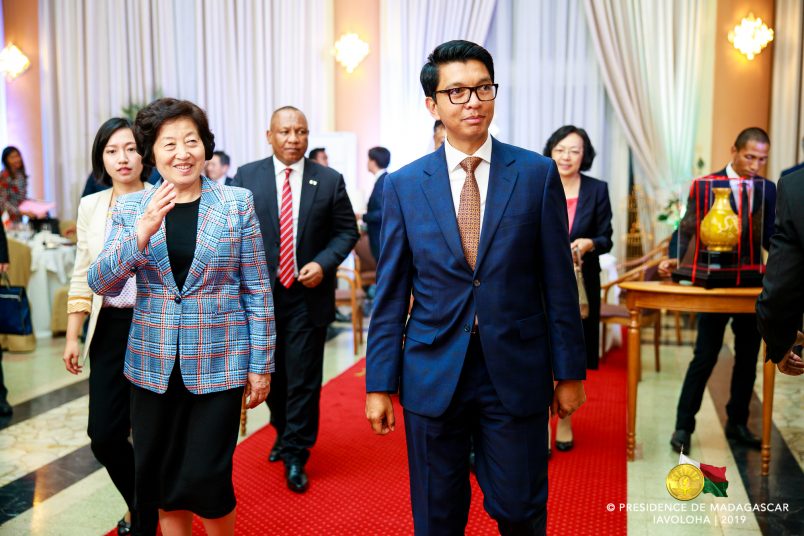 China’s Vice Premier Sun Chunlan headed to Namibia on Thursday, the second stop of a three-nation African tour that runs through November 13.

Sun arrived in Windhoek to meet with her counterpart, Netumbo Nandi-Ndaitwah, after meetings in Madagascar with President Andry Rajoelina and Prime Minister Christian Ntsay.

Rajoelina noted that China, a friend and partner for 47 years, was Madagascar’s first trading partner.  “This meeting was an opportunity to review cooperation projects between the two countries, particularly in areas such as energy, infrastructure and agriculture,” he said. “China has, moreover, reiterated its support for the realization of the country’s development projects.”

Following Sun’s bilateral talks in Namibia, she will travel to Ghana. Her arrival there follows comments last week from the Chinese ambassador in Accra, Shi Ting Wang, who warned that China’s stability is threatened by Western nations as the standoff over Hong Kong continues.

Shirley Ayorkor Botchwey, the Ghanaian foreign minister, said last week that Hong Kong could serve as a model for her country’s vision to create a similar trade and industrial hub in West Africa. That, coupled with the decision to locate the African Continental Free Trade Area (AfCFTA) secretariat in Ghana, could make her nation a “preferred destination” for international trade.

She gave her remarks at a special forum on “China’s development and the future of Hong Kong SAR,” hosted by the Institute of Economic Affairs in Ghana.

“While one cannot deny the geopolitical dimension or significance of the crisis in Hong Kong, the fact remains that Africa’s prosperity is closely linked with China’s peace and stability,” Botchwey said.