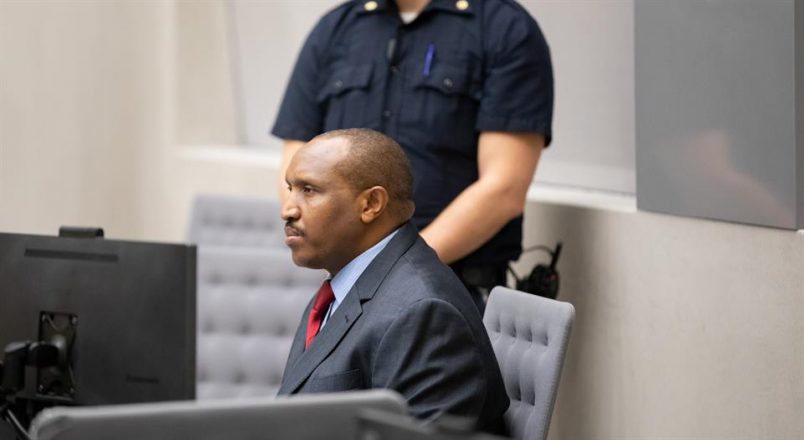 Former Congolese warlord Bosco Ntaganda was sentenced by the International Criminal Court (ICC) on Thursday to 30 years in prison for his role in war crimes and crimes against humanity committed in the eastern Ituri province of the Democratic Republic of Congo.

Ntaganda was found guilty in July on 18 counts, including murder, sexual slavery, child soldier conscription, intentionally directing attacks against civilians, and forced displacement. The crimes occurred in 2002 and 2003 in the region, which has remained a conflict zone for decades.

Ntaganda was a member of the Union des Patriotes Congolais (UPC) and its military wing, the Forces Patriotiques pour la Libération du Congo (FPLC), during those years. Specific offenses included the death of Abbé Bwanalonga, an aging Roman Catholic priest at the Mongbwalu parish that Ntaganda was accused of personally shooting and killing.

In the village of Kobu, 49 civilians were found dead in a banana field. “Some bodies were naked, some had their hands tied up, and some had their heads crushed,” said the ICC in its judgment summary. “Several bodies were disemboweled or otherwise mutilated.”

The ICC explained that “the crimes for which Mr. Ntaganda was convicted, despite their gravity and his degree of culpability, nevertheless did not warrant a sentence of life imprisonment.” In the absence of a life sentence, the Rome Statute that supports the ICC mandate requires a maximum 30-year term.

Ntaganda will receive credit for about 6.5 years served since 2013, when he turned himself in, and has the right to appeal the sentence. He is not subject to the imposition of fines.