Home>African Future>Study: Diets must change to cut climate costs, but Africans can't afford it
By AT editor - 8 November 2019 at 2:33 am 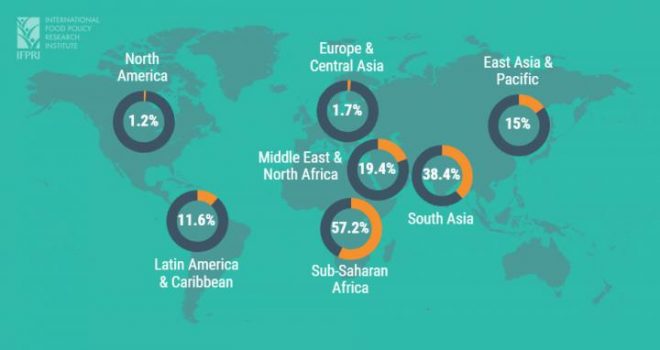 The EAT-Lancet “planetary health” diet recommendations were well-received when they were released in January, pointing a way forward to improve both human health and reduce the land use, carbon emissions and related damage done by agriculture.

“Transformation to healthy diets by 2050 will require substantial dietary shifts. Global consumption of fruits, vegetables, nuts and legumes will have to double, and consumption of foods such as red meat and sugar will have to be reduced by more than 50 percent,” the original report said.

There’s just one problem: too many people can’t afford it.

That’s according to a new study from researchers working in the United States and Ethiopia. Their work, published in The Lancet Global Health, praises the shift to fruits, vegetables and plant-based diets. Yet it warns that for much of sub-Saharan Africa and Southeast Asia the cost is too high – and for 1.58 billion people, most of them in these regions, providing the recommended foods and portions to their households would exceed their entire incomes.

“Making the EAT–Lancet reference diet more affordable for the poor would require some combination of higher incomes and lower prices, without which individuals cannot obtain sufficient quantities from each food group,” the authors said. “Lower prices could come from improvements in local production, marketing, and trade, and expanding the range of lower-cost options in each food group.”

Without inclusive economic growth, they add, poor households will not be able to make changes to choose foods recommended in the EAT-Lancet guidelines.