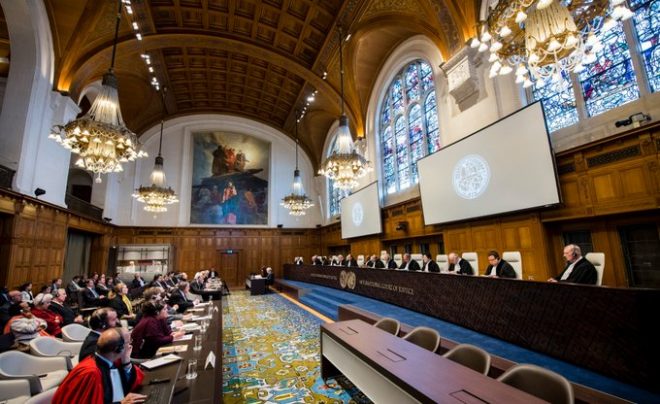 Authorities in The Gambia filed a case with the International Court of Justice (ICJ) to begin proceedings against Myanmar for alleged crimes against humanity and “genocidal acts” against the Rohingya people.

The case, according to the ICJ, argues that Myanmar military and security forces systematically used mass murder, rape and the arson of entire villages as tools to erase the Muslim-minority Rohingya beginning in 2016. Their plight has captured global attention.

The attacks continued, and Gambian authorities notified Myanmar in September 2018 of its claims the government was violating international law. Banjul says Myanmar continued to deny wrongdoing.

“The Gambia has stepped forward on behalf of the 57 member states of the Organization for Islamic Cooperation, and with the mandate of the organization, to hold Myanmar accountable for its genocidal crimes against the Rohingya,” said the Gambian Ministry of Justice in its statement.

In the application document, the Gambian government refers to multiple United Nations investigation and fact-finding missions to Myanmar and the verification of acts targeting the Rohingya. The document also notes that Myanmar and The Gambia are both subject to ICJ jurisdiction – ironically, a fact the former Gambian dictator Yahya Jammeh had hoped to change when threatening to remove The Gambia as a signatory to the Rome Statute.

Jammeh, a 22-year tyrant, was forced into exile in January 2017 after losing an election to President Adama Barrow and stalling for months as he refused to step down. The West African nation continues to rebuild as it works its way through its own Truth Reconciliation and Reparations Commission process over the human rights violations of the Jammeh years.