Home>Finance & Economics>Ramaphosa focuses on economy at BRICS summit
By AT editor - 14 November 2019 at 8:02 pm 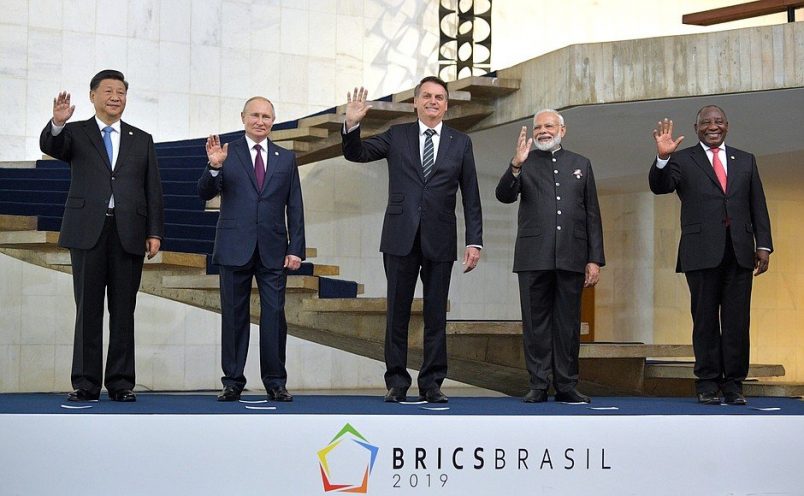 President Cyril Ramaphosa of South Africa says his nation hopes to advance its interests through more value-added economic initiatives rather than its historic role as an exporter of commodities.

Ramaphosa made his remarks during the two-day BRICS Summit, which ran through Thursday in Brazil. The meeting gathered the heads of other emerging-economy member states Russia, India and China, as well as host President Jair Bolsonaro.

“There is tremendous scope to expand the value of trade and investment between BRICS countries, and to address the trade imbalance between our economies,” said Ramaphosa. He touted South Africa’s own efforts, including this week’s investment conference, as well as the continent’s African Continental Free Trade Area, which comes into effect in May 2020.

Ramaphosa also noted progress in establishing the BRICS development bank, an initiative formed five years ago and touted as the first of its kind established by emerging economies.

“As founding members, we made a commitment that the bank should benefit not only BRICS countries but should extend its horizon to other emerging markets and developing countries,” he said. “South Africa is particularly impressed with the bank’s efforts to ensure that it becomes a global financial institution by 2021.”

The BRICS meeting, with presidents Vladimir Putin and Xi Jinping in attendance, also emphasized the need to avoid protectionist policies and unilateralism in the global economy.