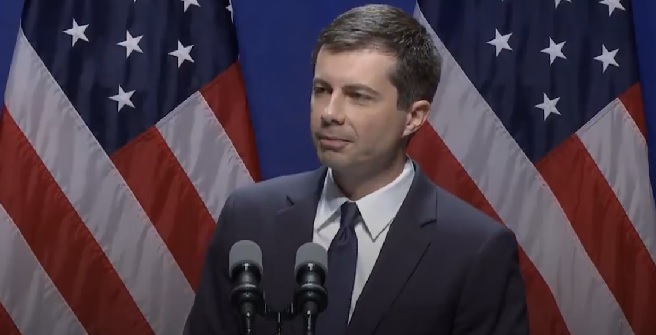 The controversy over stock-art images from Kenya used by United States presidential candidate Pete Buttigieg wasn’t going away on Monday, as U.S. lawmakers and rival presidential campaigns pointed to the damage done by an already-weakened Buttigieg campaign on race and diversity issues.

Buttigieg, an Indiana Democrat surging in polls ahead of the first of the U.S. primary votes in Iowa, saw a new challenge to a record that’s been marred by police-related racial justice questions, and overall urban policies challenged by African American constituents during an 8-year mayoral tenure in the city of South Bend.

When his campaign set up materials for rollout of a “Douglass Plan” meant to appeal – and perhaps seal a deal – with lukewarm black voters, the errors included key endorsement fact-checking and the image in question, which has now been removed. The Buttigieg campaign used stock art featuring a Kenyan woman and child, drawing criticism on both continents.

Somali-American Rep. Ilhan Omar, a Democrat from Minnesota who once lived in Kenyan refugee camps, posted on social media that “this is not okay or necessary.” She was responding to U.S. journalist Ryan Grim, who says the woman in the image contacted him and was “very confused” about its use.

Buttigieg said the design choice was a “learning experience” in the campaign for which, as candidate, he is ultimately responsible. The campaign issued a statement saying the image was selected by a contractor and removed months ago, although a Kenyan media outlet said it was still there on Saturday.

That answer comes just two days before the next televised debate, where Buttigieg will face off against Sen. Kamala Harris of California. Harris, asked by a reporter if the Buttigieg error was further evidence of his disconnect with black voters, made clear that she sees limitations in her opponent.

“You can’t unify folks if you don’t understand who they are,” said Harris, an African American behind in the polls in a crowded Democratic field. “And the right that they have to be represented based not on a stock photograph but who they actually are.”