Home>African Future>Zambian youth launch video on Kabwe's toxic lead
By AT editor - 19 November 2019 at 1:46 am 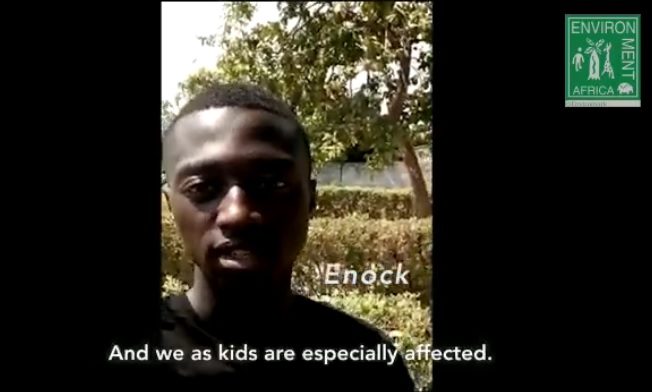 Young environmental activists in Zambia released a new video on Monday to call attention to the longstanding problem of lead poisoning in Kabwe, where more than a century of mining impacts led to environmental disaster and lasting health consequences disproportionately affecting children.

“Several neighborhoods in our town, Kabwe, have some of the highest levels of lead in the world,” explains Savior, a member of the Kabwe Youth Network who appears in the video. “All the lead emissions that come from the mine, all the lead dust, comes directly into the houses.”

The video, produced in partnership with Environment Africa, was released in connection with this week’s 30-year anniversary of the United Nations Convention on the Rights of the Child.

“In the video, youths in Kabwe are calling upon the duty bearers to play an active role in addressing this problem which is negatively affecting children’s right to live in a clean and safe environment,” the group said in a statement about the launch. “Youths are calling upon the government to test the children living in the lead polluted areas and immediately put them on treatment.”

Environment Africa’s Elizabeth Njovu said the Zambian government is addressing the problem through a World Bank-funded project, but more still needs to be done to accelerate change and deliver benefits to residents of Kabwe, a city of about 225,000 people some 150 kilometers north of Lusaka.

The video will be used for raising awareness in schools and the community.