Home>Finance & Economics>Merkel hosts African leaders for Compact with Africa meetings
By AT editor - 20 November 2019 at 1:39 am 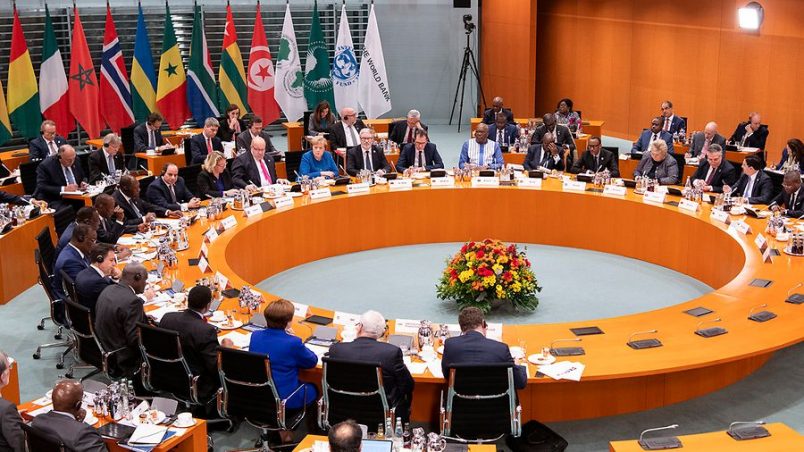 President Paul Kagame of Rwanda pointed to a new partnership with Volkswagen and Siemens, one that makes his nation Africa’s first to have an electric vehicle pilot program, as evidence of what can be achieved through the G20 Compact with Africa initiative launched in 2017.

His brief remarks came during Tuesday’s meeting in Germany, where Chancellor Angela Merkel – whose government has spearheaded the investment effort – welcomed leaders of 12 African nations now participating in the program. Also attending were representatives of G20 member nations, World Bank and the International Monetary Fund leaders, and other government and business leaders.

This conference, Merkel said, was about the three-pillar program and specific projects that are moving it forward, as well as opportunities to connect African governments with private investment partners. Organizers said they include Allianz in Morocco, Sysmex Europe in Burkina Faso, Herrenknecht’s work on Cairo’s train tunnels, and a water project in Côte d’Ivoire with engineering firm Gauff and KfW bank.

Already there are 220 projects submitted to the “AfricaConnect” program, which launched in June as a way for other medium-sized European firms to invest in African projects.

“A lot has started, but I do not want to paint too positive a picture because we still have problems to solve,” said Merkel. “This includes the big question of security, especially in the Sahel region.”

Other challenges include data and digital access, Africa’s young population and jobs, and good-governance reforms. Merkel said Senegal and Ethiopia had joined Ghana, Tunisia and Côte d’Ivoire in working on the bilateral reforms outlined in the compact.