Home>ENERGY & COMMODITIES>Report: Madagascar's mica mines rely on child labor
By AT editor - 20 November 2019 at 3:16 am 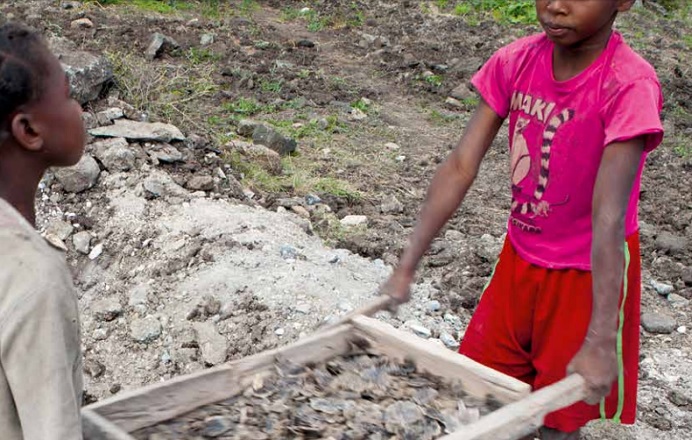 There are at least 11,000 children working in Madagascar’s southern mica mining region, where poverty means that sometimes entire families are exposed to dangerous health and safety conditions.

That’s according to a new report from human rights advocates at Terre des Hommes, which found that between 56 and 62 percent of children between ages 5 and 17 are working in the island nation’s three main regions for producing mica.

The mineral is used in a range of common products, including cosmetics and paints, but researchers focused on the supply chain to China because 87 percent of the mica in Madagascar is shipped by boat to Chinese ports. Ultimately it ends up being used in Japanese electronics manufacturing, Dutch and Italian telecom firms, and Swiss-held firms in similar industries.

“In Madagascar, mica is extracted by using artisanal, non-industrial methods and Madagascar is the third-largest mica exporter in the world,” said Terre des Hommes. “With respect to sheet mica, the form mainly used in the electronics and automotive industries, Madagascar has overtaken India as the largest exporter.”

The mica is cut out by hand, with children telling researchers about the dust they inhale and the injuries they risk. A day’s work will yield just three euro at the upper end of the pay range.

Both the government and the global business community need to act to end child labor in the mines, the organization said. “All downstream clients of Chinese importers of mica from Madagascar (and India) are exposing themselves to the risk of being linked to child labor in their supply chain,” they warn.

“There is an urgent need for international companies, sourcing mica and mica-based products as well as the Malagasy government to take responsibility for the problematic conditions in the mica sector and for contributing to improving the fulfillment of children’s rights.”