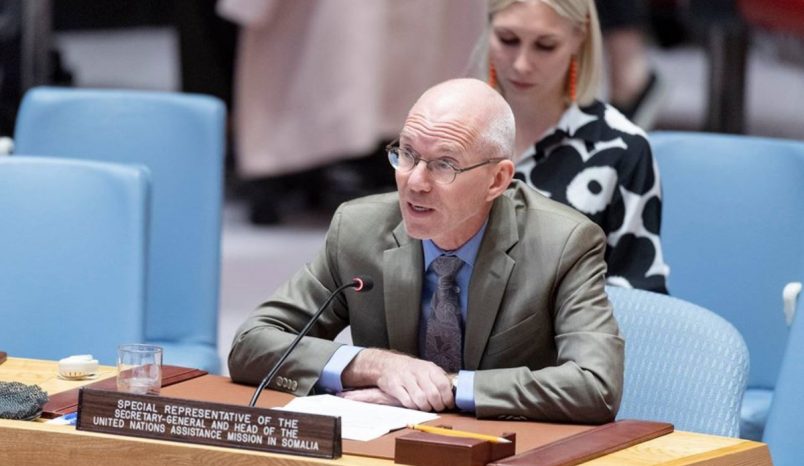 James Swan, the United Nations envoy in Somalia, said Thursday that the nation is looking ahead toward 2020 elections and the adoption of a federal constitution by June, but significant barriers to success remain.

“After more than a year without effective cooperation between the Central Government and key Federal Member States, this situation has become an obstacle to improving and achieving important national priorities,” sad Swan, speaking to the United Nations Security Council as he delivered a three-month progress report. “Somalia’s leaders must act urgently to break this stalemate between the Center and the Federal Member States in the interest of the nation.”

To that end, President Mohamed Farmaajo met this week with his predecessors to work toward political consensus and discuss challenges. Apart from the country’s ongoing security concerns over terrorism, those challenges include tensions in Jubaland, where disputes over August elections “continue to pose risks of violence, clan divisions, and even external intervention, if not carefully managed,” Swan said.

He also asked for Somali leaders to work closely with officials in Somaliland. “With parliamentary elections also expected in Somaliland in 2020, it is important that political freedoms and human rights be respected there too,” Swan said.

Among the more welcome developments on Somalia was last week’s meeting between Farmaajo and President Uhuru Kenyatta of Kenya. The two met after months of frosty relations because of a maritime border dispute involving Indian Ocean waters off the coast of Africa.