Home>Politics & Policy>Mauritius condemns UK position on Chagos
By AT editor - 22 November 2019 at 11:46 pm 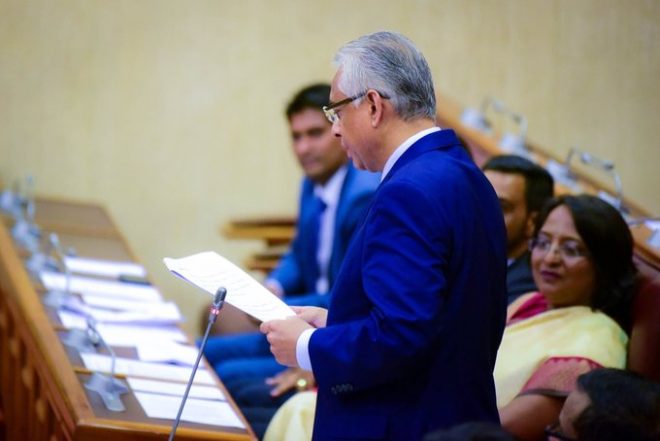 The Government of Mauritius issued a statement Friday condemning the decision of the United Kingdom, which has refused to abide by international legal decisions that require the UK to return the Chagos Islands to Mauritius.

Those decisions included a nonbinding ruling by the International Court of Justice, the principal court of the United Nations, announced in February. A UN General Assembly vote in May also called for a reunification of the Indian Ocean archipelago with the island nation of Mauritius within six months, which expired this week.

“In so doing, the UK has resorted to groundless arguments, calling into question the authority of the highest court of the world and the UN system as a whole,” said newly re-elected Prime Minister Pravind Jugnauth.  “This situation clearly leaves the UK as an illegal colonial occupier.”

Jugnauth made his remarks during the first session of the legislature, but it is also supported by the Mauritius Ministry of Defense and other government agencies and leaders.

The UK Government’s “defiant criticism of the ICJ and its blatant disregard for the Advisory Opinion of the Court and UNGA Resolution 73/295, undermine its long-standing commitment to a rules-based international system,” said the prime minister.

Mauritius promised to be relentless in its efforts to conclude the matter in its interests, with an emphasis on human rights. The residents of the Chagos Islands were forced to leave between 1967 and 1973, with Chagossians still dispersed across Mauritius, Seychelles and other nations.

The sole dissenting vote on the UN court came from the U.S. In 1966, an agreement between the UK and the United States allowed the latter to build a military base there, which the U.S. maintains on the main island of Diego Garcia. Under British Indian Ocean Territory (BIOT) law, unauthorized access to Diego Garcia is forbidden.