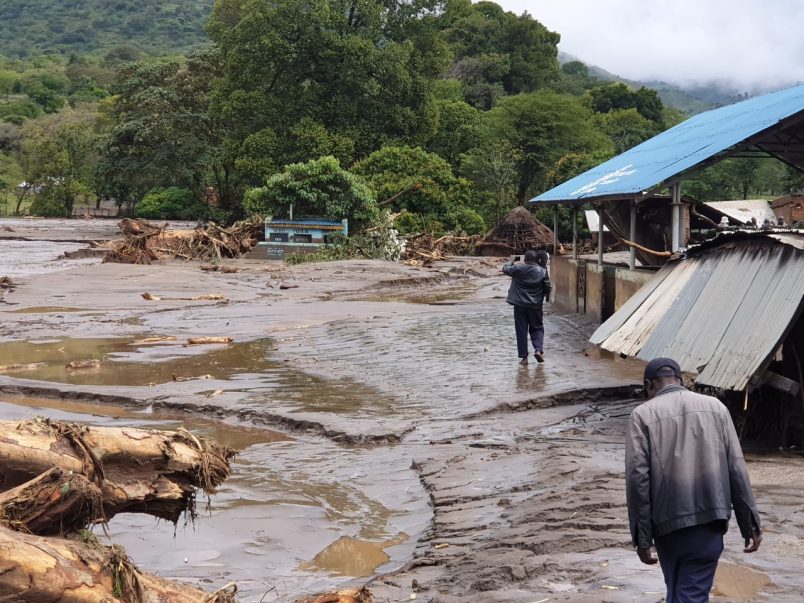 The death toll has risen to 37 in Kenya, where authorities continue to deal with heavy rains and landslides in West Pokot, a county along the border with Uganda.

Some 450 households in at least four villages have been affected. John Krop Lonyangapuo, the regional governor, said Nyarkulian, Penon and Muino are among the most heavily impacted communities. Bridges were swept away with the rising waters, with main travel routes cut off.

“My thoughts are with the families affected by the tragedy,” he said, adding that rescue and recovery efforts are being supported by Kenya’s Red Cross.

“We continue to assess possibility of more landslides occurring in other nearby villages as the rains continue to pound the area,” the agency said. It is helping to provide services to survivors, including reunification with families missing loved ones.

Uganda Red Cross also reported severe flooding in and around Doho and other communities along the Manafwa River.

The Kenya Meteorological Department said late Saturday the heavy rains will continue through Sunday and into next week before easing on Wednesday. Those rains are forecast for much of the country, including Nairobi, with people living near landslide-prone terrain advised to be on high alert.

“Heavy rainfall which is being experienced across the country has led to high flows in most rivers and the grounds are already saturated with water,” the weather agency said. “The rainfall is expected to continue for the entire season with occasional breaks.”

A regional forecast for East Africa warns of heavy rains above 200 millimeters also affecting parts of Rwanda and Burundi, Tanzania, Ethiopia and Somalia.