Home>Politics & Policy>Namibia's Geingob, Itula head toward election
By AT editor - 24 November 2019 at 2:30 am 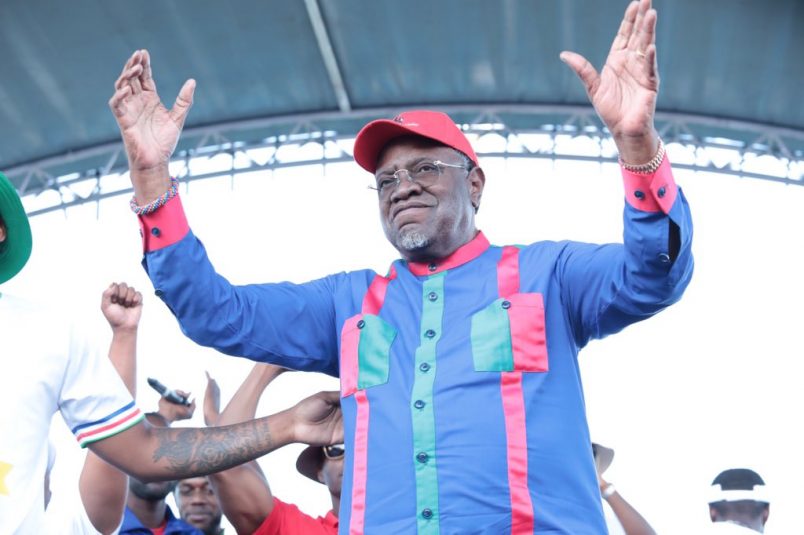 In Namibia, the two main candidates held major rallies over the weekend as they head toward the national elections on Wednesday.

President Hage Geingob, who is seeking another five-year term, held a major rally at the Sam Nujoma Stadium in Khomas, where he urged the crowd to keep up the momentum but approach the elections with an eye toward the future.

“SWAPO remains as popular as ever,” said the candidate of Namibia’s ruling political party. “We are ready to enter the elections and I call on all Namibians to participate in a spirit of peace and unity, maintaining our impeccable record of free and fair elections since independence.”

Geingob is challenged by Panduleni Itula, who was greeted by massive crowds in the town of Outapi near the northern border with Angola on Saturday. Itula, a dentist and longtime SWAPO member, is running as an independent candidate who emerged from internal party clashes with a focus on a progressive, youth-oriented vision for Namibia’s stagnant economy.

A third leader, Henk Mudge of the Republican Party, has called on all opposition party voters to back Itula.

Geingob has pressed advantage as the candidate to whom SWAPO remains loyal, while fending off concerns over a major corruption scandal that blew up days before the election. That scandal involves key cabinet members caught up in an investigation of Namibia’s fisheries sector and Icelandic firm Samherji, originally reported by Al Jazeera, Iceland’s RUV and the Icelandic magazine Stundin, and based on more than 30,000 documents released by Wikileaks.

Former Namibian fisheries minister Bernhard Esau was arrested in connection with the case on Saturday, according to Al Jazeera.  Warrants have been issued for three others, including Esau’s son-in-law.