Home>News>Egypt releases all detained Mada Masr journalists
By AT editor - 25 November 2019 at 6:06 pm 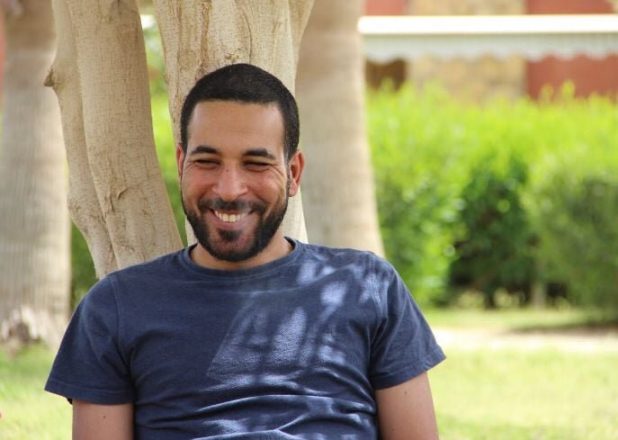 Journalists with the independent media outlet Mada Masr said Monday that they were all “safe and sound,” but their thanks for international support following staff detentions by an increasingly authoritarian Egypt was overshadowed by calls to pressure President Abdel Fattah al-Sisi and his government on human rights and free speech.

A contingent of Egyptian security officers raided the newspaper offices in Cairo on Sunday following a report about Sisi’s son, Mahmoud, and concerns over why he was reassigned from Egyptian security services to a diplomatic post in Moscow.

Lina Atallah, Mohamed Hamama, and Rana Mamdouh all were detained, as was Shady Zalat, above, the editor of Mada Masr who was taken from home.  They have all been released since, the news outlet said.

“Mada has shown nothing but courage in reporting the news against all odds and in the face of brutal repression,” said Sherif Mansour, the regional coordinator for Committee to Protect Journalists. CPJ called on Egyptian authorities to stop their repression campaign against the Mada Masr agency.

These detentions followed the arrest and beating of Mada writer Alaa Abdelfattah in September, as part of a roundup of journalists during anti-government protests, CPJ added. They included members of the banned Tahrir News site, and members of news outlets Akhbar Al-Youm and Al-Masry Al-Youm who were covering the protests.