Home>Commentary>Kenya is ready to reap the benefits of excise stamps
By Arnaud Gallet - 25 November 2019 at 3:10 pm 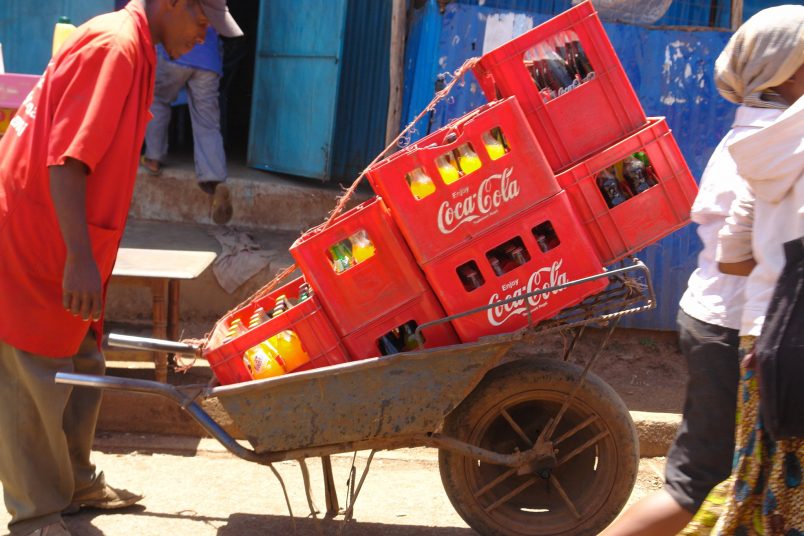 The new round of the Excise Goods Management System (EGMS) in Kenya has finally gone live. Since November 13, all bottled water, juices, energy drinks, soda and other non-alcoholic beverages either manufactured in, or imported to, Kenya must be affixed with excise stamps approved by the Kenya Revenue Authority (KRA).

Over 130 manufacturers and importers of drinks have so far registered for the EGMS in anticipation of the rollout, and even bottled water vendors have been warned of their need to comply with the new system. The KRA has made the need for the system very clear and is taking a “no exceptions” approach to enforcement so as to avoid distorting competition in the market.

That the KRA would take such an approach is not coincidental. After all, this far-reaching initiative by the KRA is long overdue in the country’s fight against pervasive tax evasion. Both tax evasion and the sale of illicit goods remains rampant in Kenya and costs the state billions every year in lost revenue, blasting a hole in the public budget. Tax evasion alone is estimated to increase the budget deficit by more than six percent this year.

Not surprising, then, that the main detractors of the track and trace system, such as the Kenya Manufacturers Association (KAM) and the Consumers Federation of Kenya (Cofek), have managed to cause major delays to the project. In fact, water and juice manufacturers are some of the most prolific tax dodgers in the country, and a monitoring structure like the EGMS will help the KRA close this revenue gap. Authorities, however, already know they face an uphill battle to ensure compliance.

To no one’s surprise, manufacturers have been fighting the EGMS tooth and nail, and have resorted to outright manipulation in the process. In an earlier EGMS roll-out on alcoholic beverages, an online application used to distinguish between authentic and fake excise stamps had to be redone with “enhanced security features,” after it was discovered that some manufacturers were duplicating serial numbers and slapping them on counterfeit products.

According to KRA Domestic Taxes Commissioner Elizabeth Meyo, “The main reason why we feel we should have fairness in the field, especially in the water sector, is because 78 percent of the manufacturers… are not paying taxes, [which leaves] only 22 percent to pay the taxes.”

Beverage producers have also engaged in a prolific media campaign aimed at promoting the assertion that the excise duty imposed on the beverages via the EGMS would increase prices for consumers and subsequently put producers out of business. In a KAM-sponsored campaign, these arguments were disseminated in the national media, laying the blame for price hikes square on the KRA for supposedly refusing “to shoulder the burden”, according to KAM Chief Executive Officer Ismael Kibet.

However, this argument too is deceptive. In fact, the main risk this time is that retailers will seek to pass on a false price hike to consumers, using the stamps as an excuse – fraudulent behavior the KRA has warned traders against.

Cracking down on tax evasion

Implementation of the track and trace system is but one aspect of a wider attack on those who make tax evasion possible in the first place. The newly-appointed KRA Commissioner General James Mburu has already doggedly pursued his mandate of cracking down on tax evasion. A week before his appointment, Mburu oversaw the investigation and arrest of KRA officials charged with aiding this illegal activity. In his first three months after taking office, the Commissioner took 94 tax evasion cases to court, arraigning close to 60 high net tax evaders in October alone.

Now, he has turned his sights on brewery magnates Humphrey Kariuki and Tabitha Karanja, in a case thought to account for 90% of unpaid revenue. Kariuki is among ten persons from African Spirit and Wow Beverages who were arraigned on August 9 for evading taxes worth Sh36.52 billion, while Keroche Breweries’ Karanja is accused of failing to report Sh14.4 billion in taxes owed. Both Kariuki and Karanja have denied the allegations.

Worse still, a recent raid on African Spirits Ltd. revealed disturbing details about an extensive counterfeit network stretching to Tanzania and beyond. The firm alone, says Mburu, could be shorting public coffers by as much as Sh3 billion per month in excise taxes.

Such details reveal how far-reaching the problem is, not only in Kenya but in the region at large. Clearly, greater cooperation across borders is needed, for which the KRA has already set a potential model.

Indeed, if the previous roll-out of excise stamps on alcoholic beverages is a yardstick, the economic benefits are obvious: tax collection has increased to Sh5.6 billion a month as tax fraud is tackled on a number of fronts. According to a new KRA report, collections have risen more than 7.4 percent since June 2018. Given these promising results, other countries in the region might be well advised to follow Kenya’s policies if they hope to improve their public finances.